All Black Centurion Ma'a Nonu will return to a Blues for next Super Rugby season and joins with two new signings from Tasman in fellow midfield back Levi Aumua and loose forward Jed Brown. 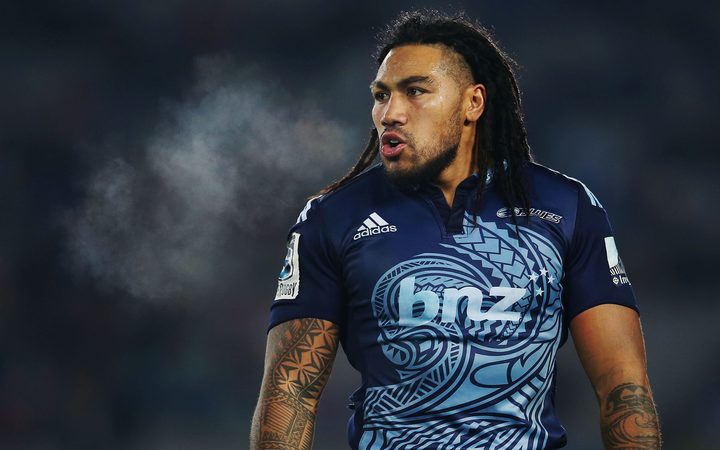 Ma'a Nonu at the Blues in 2014 Photo: PHOTOSPORT www.photosport.co.nz

The remainder of the 38-strong squad named either are part of the 2018 side or from its three provincial unions of Northland, North Harbour and Auckland.

A key part of this are several players who have come through the Blues age and development system.

As well as Nonu's return, the other notable signing is that of All Black prop Karl Tu'inukuafe who plays for North Harbour and whose meteoric rise will see him compete in his first full season in Super Rugby after playing as a replacement for the Chiefs this year.

"We have made progress with this team on and off the field over the last three years while our club has worked extremely well in many aspects of the operation off the field. The key now is to realise these improvements in our on-field performances in 2019," said coach Tana Umaga.

"At the same time the club has been working very hard on the development programmes alongside our provincial unions, and our new players this year are either through that system or players that have been in the programme previously and returning.

"Our provincial unions have had solid seasons for the likes of Northland and Harbour but of course Auckland have enjoyed a fantastic year and that will give us a boost with such a large number of Blues players in that squad."

There are 27 players returning from the 2018 squad.

Among the newcomers are prop Ezekiel Lindenmuth, lock Jacob Pierce, loosie Hoskins Sotutu and backs Harry Plummer and Tanielu Tele'a who have all come through the New Zealand Under-20s and Blues Development, with four of them coming through the ITC programme.

Auckland prop Marcel Renata gains selection after two years as a Super Rugby replacement and with the Blues A side, while Tom Robinson has been part of the Blues Development and 10s campaigns.

The two other newcomers from Tasman are former Crusader Brown, a highly promising open side specialist who has had his promising career curtailed by injury, and midfielder Aumua, who has also had experience in France, rugby league in Australia and for the Chiefs.

The other changes have come in the coaching team with Tom Coventry, Leon MacDonald and Daniel Halangahu joining Tana Umaga.