Wind rain and hail didn't deter Auckland's Morgan Smith as he rode to vcitory on the stage two of the Tour of Southland.

Smith won the 150km stage from Riverton to Te Anau finishing ahead of the chasing pack by a couple of seconds.

Among that group was Southland's Matt Zenovich has retained the tour leader's yellow jersey. 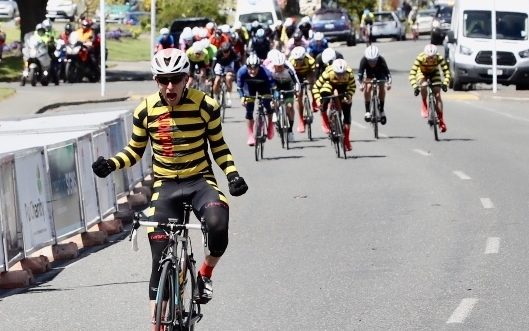 "Last year was pretty tame and the weaker, skinnier guys got away with a lot so it was good to have a tough day," he said.

"I've come in fourth twice on this stage and it's one I target, I really enjoy it. I'm just so relieved to win. I'm a bit heavier than most so I don't feel the cold and I can handle the wind.

"I knew if I got over Blackmount in front of the boys, I'd be alright. The closer I got the more excited I got, and I just tried to wait and be patient and had a crack at the end."