The Pakistani cricketers have swept Australia in their T20 series and have now set their sights on New Zealand.

Pakistan beat Australia by 33 runs in the third match in Dubai. 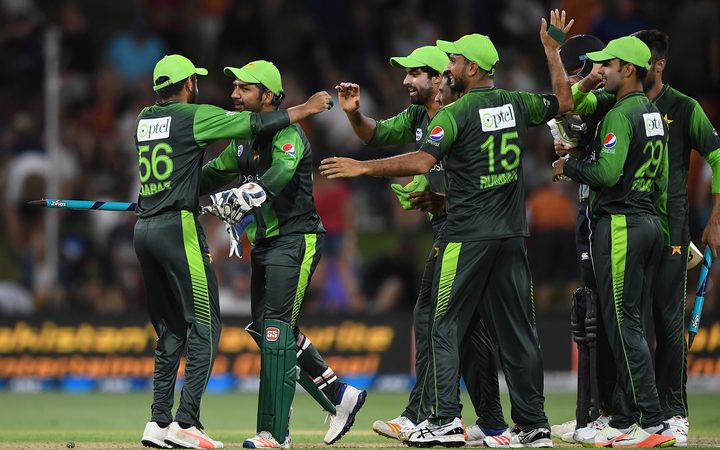 Chasing 151 to win in the dead rubber, the tourists were bowled out for 117 with five balls to spare in a dismal ending to the tour of the UAE.

Aaron Finch's men again proved no match for the world's No.1-ranked T20 side, failing to build any substantial batting partnerships.

Captain Sarfraz Ahmed says it was a good team effort.

"The boys have worked hard in all facets, the result is just the reward. Whoever has got an opportunity has done well. We wanted to carry forward the momentum to the New Zealand series, the way we bowled and took our catches was superb tonight."

The first T20 game against New Zealand is on Thursday morning.

The Black Caps warmed up for that series with a 27 run win over the UAE in Abu Dhabi.

New Zealand scored 161 for four from their 20 overs with Glenn Phillips making 48 from 36 balls and Mark Chapman 36.

The hosts finished on 124 for eight with Ish Sodhi taking two for 11 from three overs.