The New Zealand tennis player Michael Venus has qualified for the ATP World Tour Finals in London next month for the second straight year.

The world doubles number 12 and his South African doubles partner Raven Klaasen have been confirmed as the sixth pair to qualify for the prestigious season ending event.

A week after making it back from Shanghai to London last week for the birth of his first child Lila Grace, Venus has arrived in Basel to get the good news before he's even played his first round match.

Venus and Klaasen qualified for London after their main rivals for a spot, Finland's Henri Kontinen and Aussie John Peers lost their first round match this in Vienna. 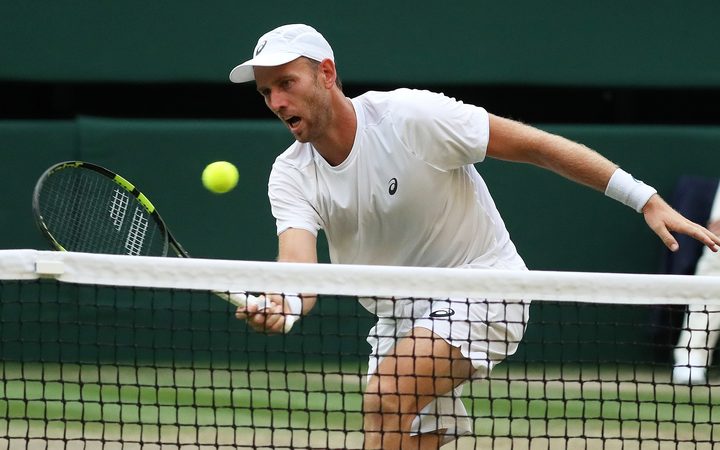 Michael Venus plays a drop shot during the final of the men's doubles at Wimbledon. Photo: Photosport

With only this week's tournaments in Basel and Vienna and next week's Paris Masters to come on the ATP Tour, Venus and Klaasen can't finish outside the top eight teams for the lucrative year end championships.

It's a terrific achievement for Venus who split with his French Open winning partner Ryan Harrison after reaching the semi finals last year in London.

He had a lot of points to defend this year but after winning one title and making four other finals including Wimbledon, Venus and Klaasen have qualified among the elite doubles teams.