Canterbury have claimed back to back national women's rugby titles, beating Counties Manukau 52-29 in Christchurch to lift the Farah Palmer Cup. 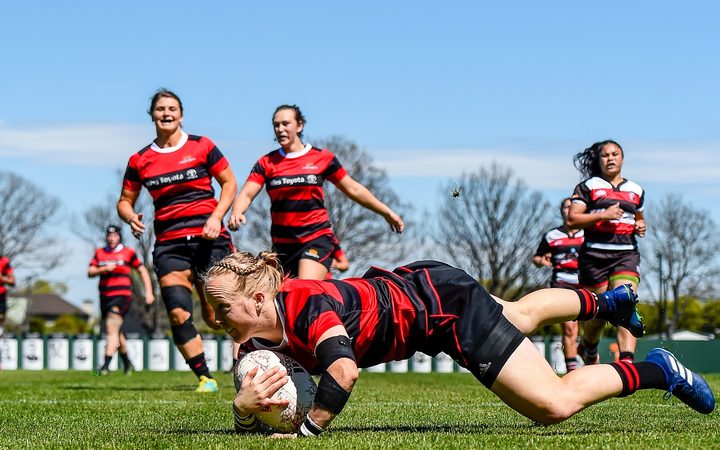 Kendra Cocksedge runs in for a try. Photo: Photosport

Black Ferns halfback Kendra Cocksedge was outstanding, kicking seven conversions and scoring two tries of her own for Canterbury.

Number 8 Aroha Savage never stopped trying for a Counties team that started fast, but were blown away in the first half by Canterbury, who led 35-10 at the main break.

Counties replacement prop Anastasia Mamea put in a good shift at the end, scoring a double as time ran out for the visitors.