The Auckland 17-year-old was a dominant performer at the Games breaking a Youth Olympic Games record and consistently throwing almost 10m further than any of his nearest rivals. 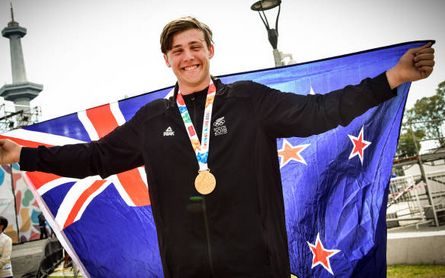 "I'm extremely proud to be chosen as the flagbearer, I'm a little bit nervous as well but carrying our flag across the stage is going to be an awesome way to close out the Games."

"The competition was great but the whole experience and this environment has been really valuable to me and has really helped my development as an athlete.

New Zealand Team Chef de Mission Barbara Kendall says Bell was a team player on and off the field of play.

"Connor performed extremely well in competition but he's also one of the most outgoing and lovely people in the New Zealand team.