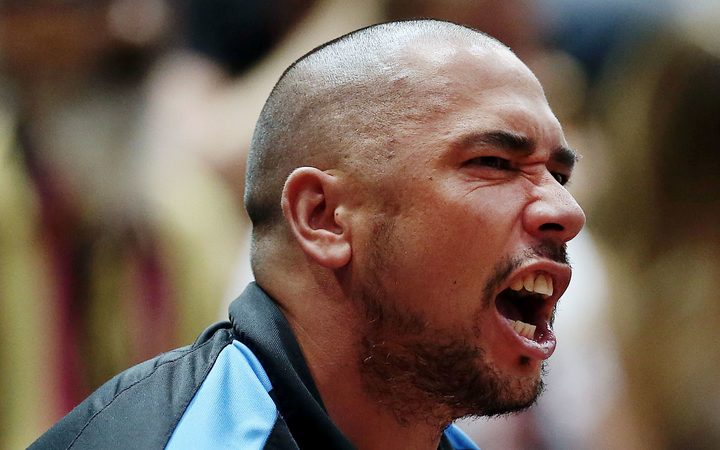 Henare played 250 games for the Breakers and was assistant coach when the club won the the NBL Championship in 2015.

Henare was appointed Breakers head coach for the 2016/17 season and departed at the conclusion of last season.

Since 2015, Henare has also been the head coach of the New Zealand national team; the Tall Blacks - a role that he will continue to fulfil.

The opportunity to reconnect with Dean Vickerman was the driving factor in Henare accepting the role with Melbourne.

"To be honest - and nothing against all the other coaches I've worked with - but because it was Dean, I thought it would be an awesome opportunity to come and work with him and be a part of a great organisation like Melbourne United. It's just a really cool opportunity."

"I first came across Dean when he came and coached in New Zealand in the early 2000s," Henare said.

"He was coaching and I was playing and we really got to know each other when he joined the Breakers as an assistant coach. Since then, we've grown pretty close.

"Even as a coach/player relationship, we got pretty close and our wives are best friends as well and we've just always stayed in touch. Obviously, we had the three years working together when he was the head coach of the Breakers, so we have the benefit of having a good personal and working relationship."

"They're two guys that I know really well and it's going to be a little bit different being in Melbourne, but I'm looking forward to it," he said.

"Even the other guys, I know Mitch McCarron from his time playing in the New Zealand league last year and I played against Barlow and Goulding."

Henare guided the Tall Blacks to a bronze medal earlier this year at the Gold Coast Commonwealth Games and relishes his time with the national team.

"New Zealand is going through a massive growth surge, especially at the junior levels and it's just really awesome to be a part of it," he said.

"The opportunity to come to Melbourne wouldn't have worked if Dean and the club weren't comfortable with me continuing as national coach, so I really appreciate the support they've shown me in allowing me to continue coaching the national team as well."

With Melbourne searching for back-to-back Championships, Henare admits he's been impressed with the club as an outsider and can't wait to get stuck into the job at hand.

"From the outside looking in, you can tell they've obviously made great progress in such a short time and winning the Championship, they've had some on-court success," he said.

"I think it's a really good situation for me to be able to come into. I caught up with Dean after the game on Sunday and I said, 'what do you want from me?' - it's my job to help him and make his job easier.