The deal marks a return to the A-League for 23-year-old Burgess, who played one match for Sydney FC in 2014 and represented the Newcastle Jets five times a year later.

He has since been playing for Sydney Olympic in the NSW League.

It takes coach Mark Ruden's squad to 17 and he needs three more before the season starts against Newcastle next weekend.

Rudan said he has been aware of Burgess for a while and his interest was was confirmed after Burgess gave a very good account of himself against Wellington Phoenix in a pre-season match. 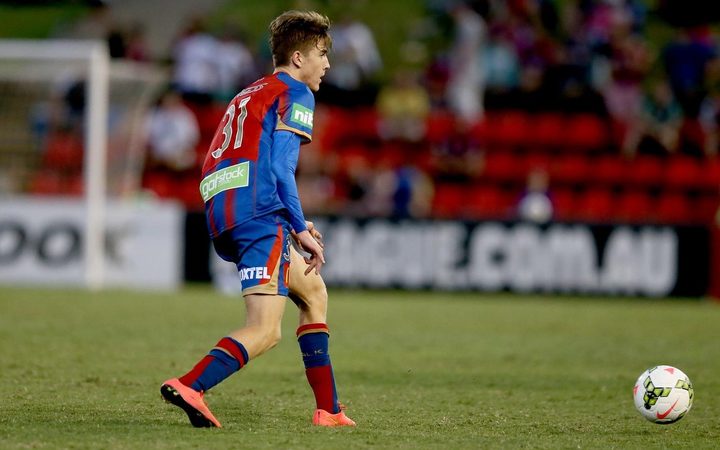 ''He has tasted Hyundai A-League experience before but I feel that he has plenty more to show.

''We have the perfect environment for him to develop and show that true potential he holds.

''I'm looking forward to having his attributes and his hard work ethic within the squad.''

When he heard of Rudan's interest Burgess said he "jumped at the chance."

''I am extremely excited to be signing with the Wellington Phoenix and I am determined to make my mark with my new team.

It was at the New South Wales club that his talent was recognised by Sydney FC, who then brought him in to their Youth Academy.

He made his first Senior start for the club in the Hyundai A-League 2014/15 season before signing for the Newcastle Jets for the remainder of the campaign.

After a few appearances for the Newcastle Jets he moved back to Sydney FC as part of the Youth and FFA Cup Squad.

Burgess signed for Portugese LigaPro side União in 2017 before returning to Sydney Olympic FC.

The Phoenix opening match of the season is against Newcastle on Sunday October 21st.