Australia has beaten the White Ferns in Brisbane, taking a two-nil lead in their three test T20 series. 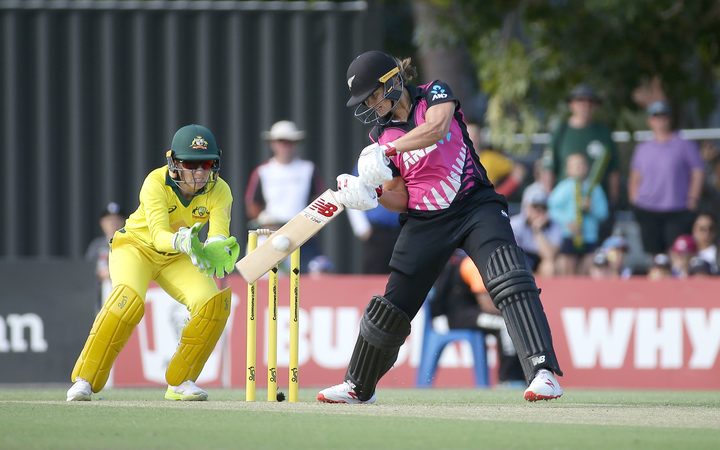 Half centuries from Alyssa Healy and Elyse Villani propelled Australia to the series winning victory.

The reigning world champions coasted past New Zealand's insufficient 145-8 at All Border Field with seven balls to spare on Monday.

Villani sealed the six-wicket triumph by reaching 50 from 39 deliveries with her fifth boundary.

Healy triggered the chase from the outset with a 10-boundary 57 from 41 deliveries after opening partner Beth Mooney departed for a third ball duck.

Healy's assault also enabled her to pass the 1000-run milestone in T20 internationals.

Australia won the series opener in Sydney by the same margin and now seek a clean sweep at Canberra's Manuka Oval on Friday.

New Zealand threatened to post a more substantial target when former captain Suzie Bates clobbered 77 from 52 balls but when she was caught at the wicket off the bowling of Ellyse Perry to end the 15th over, the visitors faltered.

The White Ferns could only muster 24 from their last five overs against some smart bowling, with player of the match Megan Schutt leading the attack with 15-3.

Delissa Kimmince made amends for dropping Bates on seven by recording economical figures of 17-1 from her four over allocation.

Australia's chase was comfortable although there was an element of controversy to Ashleigh Gardner's dismissal for 16 when the score was 37.

Gardner was adjudged run out via Sophie Devine's throw though replays suggested the bails were dislodged by wicketkeeper Katey Martin's hip.