The Sunwolves will have a fourth head coach in four seasons of Super Rugby after former All Black Jamie Joseph announced he'll stand aside in 2019.

Joseph, who is also the Japan national coach, will instead concentrate on preparing the Brave Blossoms for next year's World Cup, which they will host.

He will play a part in appointing next year's Sunwolves coaching staff. 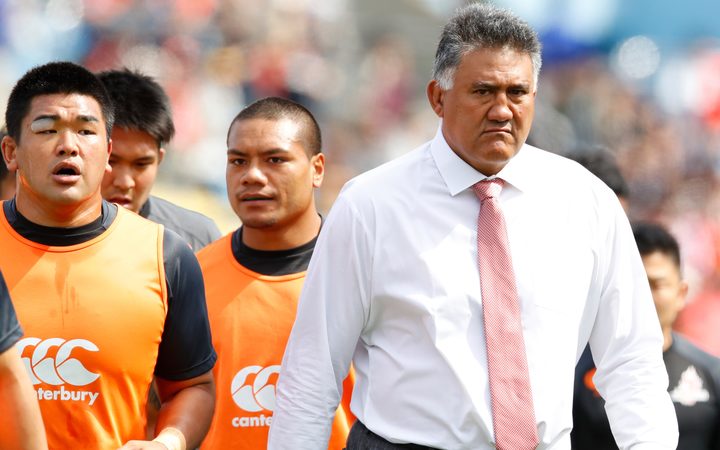 Jamie Joseph has stood down as Sunwolves coach. Photo: Photosport

Another former All Black, Tony Brown is the favourite to be promoted from assistant coach, potentially mirroring the same transition that took place at the Highlanders in 2017.

Joseph revealed the change at a news conference in Tokyo before the launch of events to celebrate one year to go to the World Cup.

Joseph, 48, succeeded Filo Tiatia as head coach this year and failed to prevent the Sunwolves picking up the wooden spoon for the second time in their three-year existence.

They also finished last in their inaugural 2016 campaign under Mark Hammett.

The Sunwolves, who have won six of 46 games, look set to struggle again next year.