The Taranaki surfer Paige Hareb is one race away from a medal at the World Surfing Games in Japan.

Hareb is through to the last six in her event and helped New Zealand to eighth overall on the team rankings.

Despite being one heat away from the final and pressure mounting, Hareb has maintained that a podium finish has always been her goal even prior to the event starting. 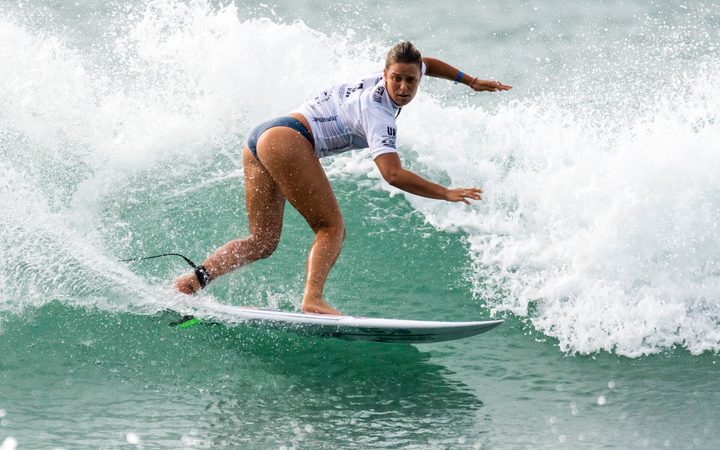 "I'm happy with how it's going so far but yeah every heat gets harder and harder so for now I'm just concentrating on the next heat".

Hareb will ride off against South Africa's Bianca Buitendag, who she beat in the earlier rounds and Australians Holly Wawn and Sally Fitzgibbons with the topp two advancing to the final and third and fourth then competing in a repechage semifinal for one last chance to reach the final three.

However it could a couple of days before Hareb gets her chance to make the final with two potential lay days given the forecast is for a small swell.

The World Surfing Games are contested over seven days at Tahara Beach with over 200 athletes from 42 nations in attendance.