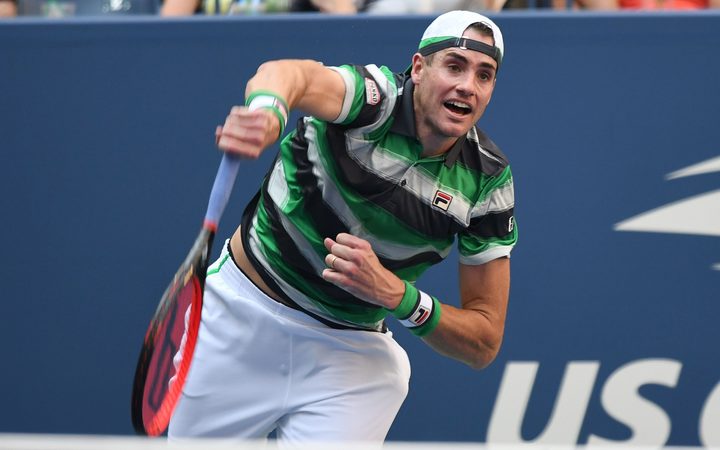 Isner, who had a career best ranking of eight in the world earlier this year, won his first ATP Masters title in Miami beating three top ten players en route to the victory.

He also reached the semi finals of Wimbledon lsoing losing a six-hour battle to eventual runner up Kevin Anderson.

The two metre plus Isner also reched the quarter finals of the U.S. Open.

He's considered to have the biggest serve in the game and sits in second place for most aces ever served in ATP tour history with 10,757.

Auckland's been a happy hunting ground for Isner winning two titles (2010 and 2014) and he's looking forward to returning.

"I love playing in Auckland. It's such a great place to play, the crowds are awesome it's and one of the best stops on the tour. It's where I won my first ATP title, and I'm looking forward to playing there again in 2019." said Isner

ASB Classic Tournament Director Karl Budge was happy to have the big hitting American back in Auckland for another year.

"He obviously loves playing here and we're happy about that. He has been one of the best players on tour this season. He has had some huge top ten wins and his Masters 1000 title was well deserved for a guy that has achieved as much on tour as John has" said Budge.

Isner is the first announcement of the men's field.

The ASB Classic will run for two weeks with the women's tournament kicking running from December 31st to January 6th followed by the men's tournament from January 7th to 12th.