Five time IndyCar champion New Zealand's Scott Dixon has labelled his latest title win as the most stressful of his career.

At Sonoma in California yesterday Dixon became just the second driver to win the IndyCar championship five times and now sits only behind the legendary American driver AJ Foyt who won seven titles between 1960 and 1979.

Dixon, 38, told Morning Report his achievement is finally starting to sink in. 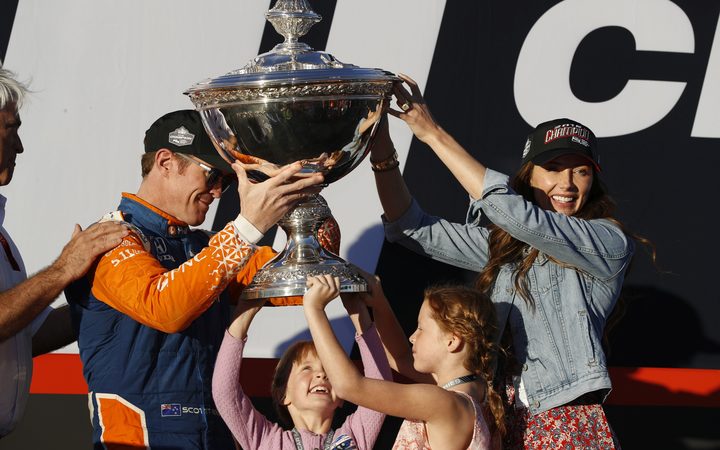 "It was one of the most stressful ones for the sheer fact that we led the championship for quite a large portion of the year and I didn't want to get to the last race and screw it all up," he said.

Nicknamed the Iceman, for appearing so calm while racing, Dixon said a major motivating factor was not wanting to disappoint his team, family or those who had helped him get to the top of the sport.

"We handled it well yesterday - that's not always the case but we try to do the best in that area."

"Absolutely. We're in the business of winning and if you are not doing it you are going to be moved on pretty quickly ... but one step at a time and we will definitely go for number six next year," he said.

"I don't know if anybody noticed on the banks with all the sheep that were around here. That's always a good omen I think ... I actually visited with a few of them last night, just gave them a hello. That was all."@scottdixon9's secret is out #INDYCAR // @RaceSonoma pic.twitter.com/oGFEigH7XV

Long gone though is the dream of Formula One.

"I did test for Williams in 2004 and things were looking promising there but I had just won my first IndyCar championship ... and in Formula 1 unless you are one or two teams you've really got no chance of winning or even trying to chase a championship.

"I did have an opportunity to go there and the cars are amazing and yes it is the pinnacle of motor racing and its fantastic to see Brendon (Hartley) flying the flag for New Zealand but there is no regret there." 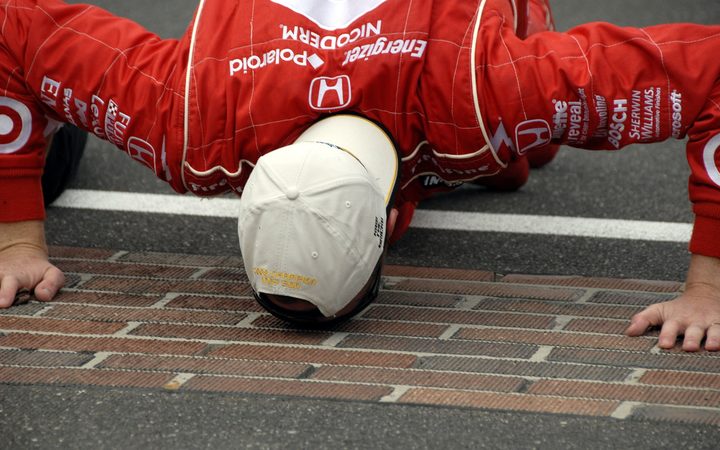 Scott Dixon does the traditional kissing of the bricks after winning the 92nd running of the Indy 500 in 2008. Photo: Photosport

The Indianapolis 500 is now the major target for Dixon - a race he has won just once.

"I'd love to be able to win multiples of those - you join a very small group of people who have achieved that. Even winning the 500 it puts you on a shortlist of less than 70 people in the world so that's one that I really want to win again."