Opinion - It's been 20 years since the Springboks last tasted victory in Wellington. It's been nine since they had a win on New Zealand soil. However, the main timeframe that people have been talking about this week is it has only been 12 months since they suffered their heaviest-ever defeat. 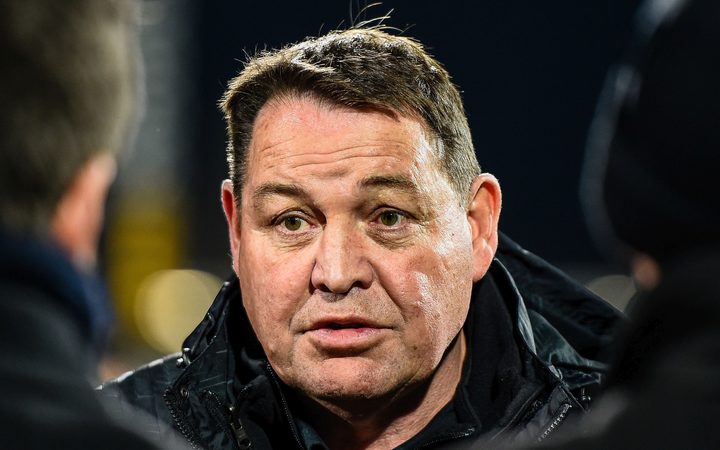 This was the Springboks, though. Out of everyone, the team that All Black fans respect the most. The atmosphere deep into the second half was at the point where the crowd would've been quite happily for the ref to call the game off early, just to stop the utter devastation being wrought on our old rivals.

The press conference afterwards was just as devastating

Then-coach Allister Coetzee looked like he wanted to cry, while skipper Eben Etzebeth probably would've got up and started killing everyone in the room if he were allowed to.

So is it going to happen again?

Right now the All Blacks look even better than they did this time last year, having pummelled the Wallabies twice and sweeping aside an otherwise impressive Pumas side last weekend. That's the same Pumas team that beat the Boks in fine style three weeks ago, and the same Wallabies side that did the same albeit in slightly less aesthetically pleasing fashion last weekend.

Seems like we're on for another hiding, but no one wants to admit it. Certainly not the All Blacks themselves, who have spent the week rolling out the same lines as every other time the 'Boks have come to town. 'Big forwards', 'physicality', 'long rivalry', etc.

Steve Hansen did point out that the All Blacks haven't put in any thought about the Albany performance, not least because the next time the two teams played the All Blacks only survived by a solitary point.

But that was in Cape Town. This upcoming test is at Westpac Stadium on a cold Wellington night.

Hansen has brought the All Blacks back up to full strength after the Pumas win, and we'll see Anton Lienert-Brown get a crack in midfield on the park that he made his memorable test debut.

Ryan Crotty is back playing again, after a few weeks of every wannabe doctor in the country giving their advice to him about possibly retiring due to concussions.

Brodie Retallick's injury means the starting team get a triple Barrett injection, with Scott coming at lock alongside Jordie at fullback and, of course, Beauden at first five.

Jordie's inclusion has raised a few eyebrows, given that it has shunted Waisake Naholo out of the squad completely.

It's that sort of depth - replacing a former World Player of the Year without it even really being flagged as an issue, and rotating out a potent strike winger that has barely put a foot wrong so far this international season - that makes it difficult to give South Africa much chance on Saturday night.

Throw in that the Boks' last test was a miserable, uninspired performance that eventually saw them lose to the Wallabies.

They may be able to take some solace in the fact that the All Blacks weren't exactly flawless last weekend, either - except this essentially a completely new team on the park.

And while they might not have been at their best, they still won by 22 points. Good luck, Springboks.