The Australia coach Michael Cheika has sprung a surprise by dropping first five Bernard Foley to the bench and installing Kurtley Beale into the playmaker role for Saturday's Rugby Championship test against South Africa in Brisbane.

Australia opened the tournament with back-to-back defeats to New Zealand and Foley was among a number of Wallabies under pressure following subdued performances in the heavy losses at Sydney and Auckland.

Matt Toomua has been promoted from the bench to Beale's second five eight role, while attacking threat Israel Folau has been reinstated at fullback after missing the Eden Park match with an ankle strain. 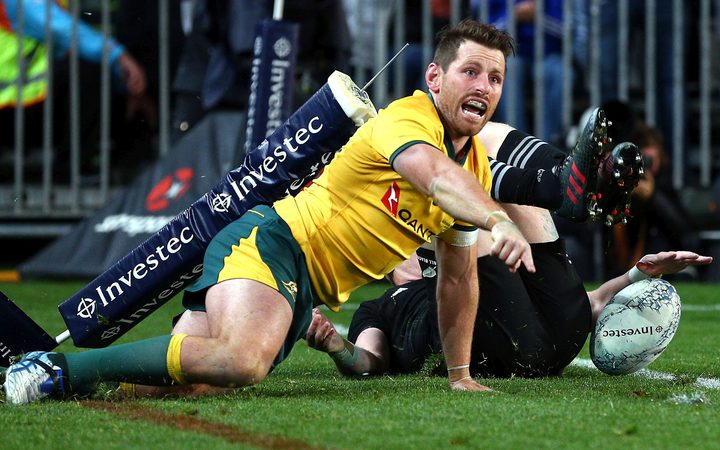 Bernard Foley has been dropped from the Wallabies starting line-up for the test against South Africa. Photo: Photosport

ACT Brumbies lock Rory Arnold will start his first test of 2018 in place of Izack Rodda in the second row, while prop Taniela Tupou has overcome a hamstring complaint to grab a spot on the bench for the match at Lang Park.

Australia and South Africa have drawn their last two matches, playing out a 23-23 stalemate in Perth before being locked at 27-27 in Bloemfontein.

South Africa, beaten in Argentina in their last start, have not won on Australian soil since their 2013 defeat of the Wallabies at the same venue as Saturday's match.

Loosehead prop Steven Kitshoff and hooker Bongi Mbonambi will start next to tighthead Frans Malherbe, with Tendai Mtawarira and Malcolm Marx dropped to the bench. 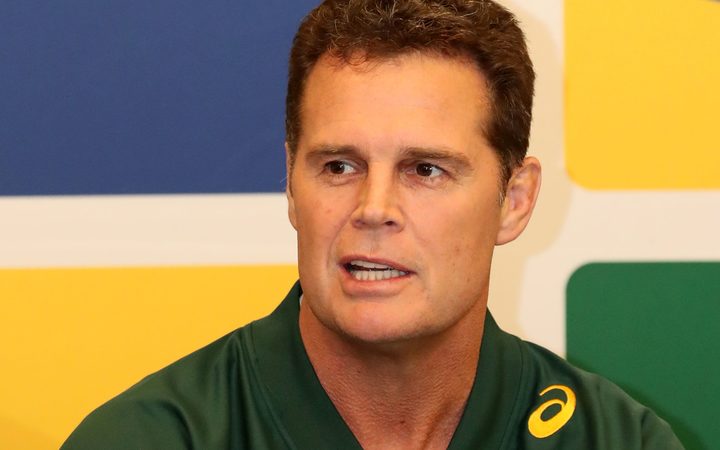 With Francois Louw playing for English club side Bath last week then flying to Australia, captain Siya Kolisi swaps to the openside of the scrum, after playing on the blindside against Argentina in Durban and Mendoza. Louw is on the bench.

Elton Jantjies swaps places at first five with Handre Pollard, who has been demoted to the bench, while Faf de Klerk will remain at halfback.

Erasmus also rotated his midfield, which means a first start in 2018 for Damian de Allende, who resumes his centre partnership with Jesse Kriel.

Uncapped outside back Cheslin Kolbe has been given a spot on the bench.