Allrounder Sam Curran salvaged England after their top order failed again on the first day of the fourth cricket Test against India in Southampton.

Some fine India bowling coupled with woeful England batting left the hosts 86-6 after they won the toss.

But 20-year-old Curran, recalled to play only his fourth Test, made a spirited 78 to drag them to 246.

He shared stands of 81 with the returning Moeen Ali, who battled to 40, and 63 with Stuart Broad.

Curran was the last man to be dismissed, leaving India to survive four overs and close on 19-0, 227 behind. 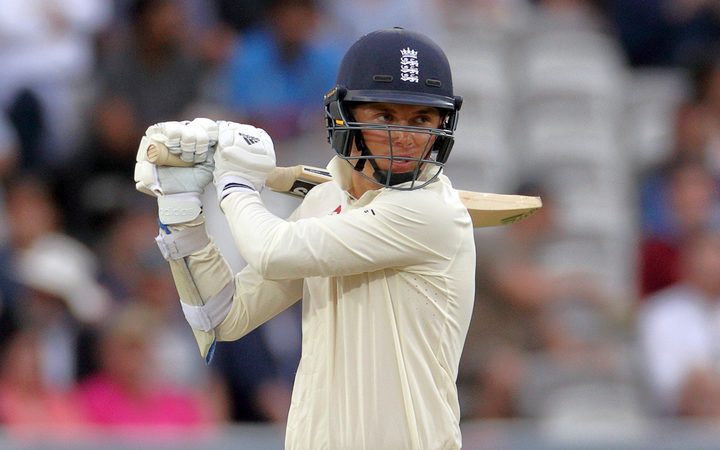 Although the tourists are in the stronger position, England would have been in much deeper trouble had it not been for efforts of Curran, who kept them afloat on a day when the ball moved throughout.

Despite England not being at their best with the new ball, England still have a chance of fighting back into the contest if their bowlers can find similar assistance to that enjoyed by India.

England, who lead 2-1, will seal the five-match series with victory on the south coast.

Curran admitted it had been a mixed day for England, having recovered to post what could still be a competitive first-innings total.

"There are positives and negatives," he told Sky Sports.

"We won the toss and batted but (after) being 80 for six, batting to get 250 I think is a massive positive.

"India bowled very well with the new ball. There were some good balls in there and you can't complain when that happens.

"It swung more than we thought during the day, so that is a positive going into tomorrow."