The San Antonio Spurs basketball star Manu Ginobili has confirmed his retirement after 16 years in the NBA.

"Today, with a wide range of feelings, I'm announcing my retirement from basketball," the future Hall of Famer said on Twitter.

"It's been a fabulous journey. Way beyond my wildest dreams."

One of the game's most decorated international players, Ginobili, 41, was a four-time NBA champion, a two-time NBA All-Star and an Olympic gold medallist for Argentina. 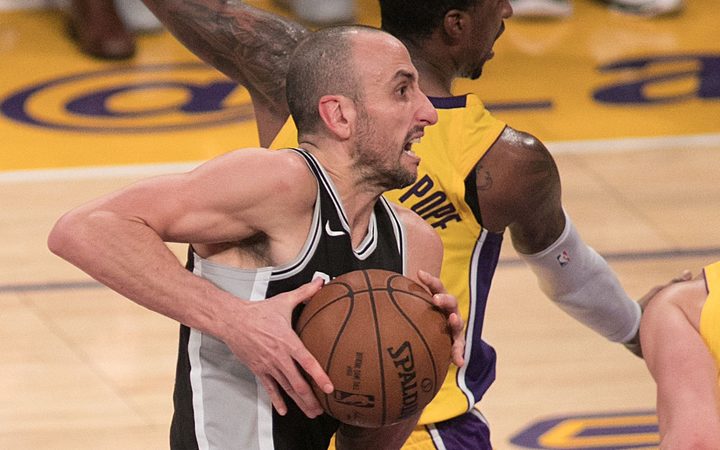 Former New Zealnad basketballer Sean Marks played alongside Ginobili at the Spurs in 2005. Marks is now general manager at the Brooklyn Nets.

Ginobili was also a gold medallist with Argentina in 2004 and won EuroLeague Finals most valuable player honours in 2001.

The swingman, a fan favourite in San Antonio, was under contract for 2018-19, but he said in April that he was weighing what's next in his career.

Ginobili averaged 8.9 points, 2.2 rebounds and 2.5 assists per game in 20 minutes per game last season for the Spurs, who were eliminated in the play-offs by the champion Golden State Warriors.