Quick-Step Floors rider Viviani recorded victory in what was the 1,500th stage in the race's history, after being launched by team mate Michael Morkov in a chaotic finale at frantic pace. 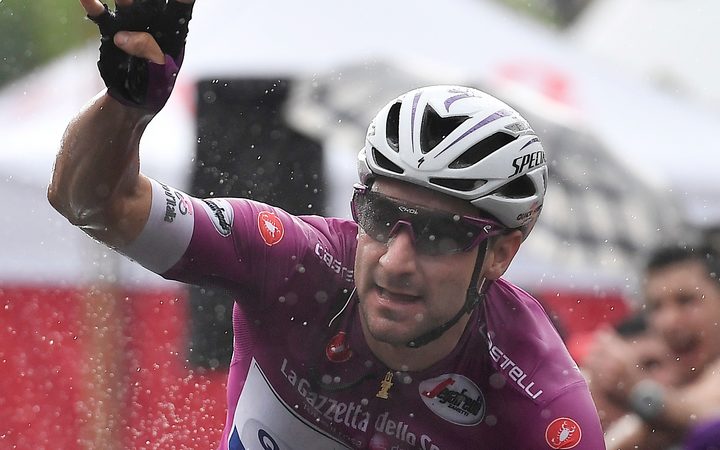 "It was beautiful, I have no words, again, for the team," said Viviani, who won his first stage in four hours 48 minutes and 12 seconds.

"We did not know if we would win or not because with 3,000 metres of elevation gain it is not an easy sprint, but the Vuelta's always like that. I'm really happy, this wonderful season continues."

Viviani has won 15 stages this season after leaving Team Sky for Quick-Step, including four at the Giro d'Italia.

New Zealand's George Bennett finished in the group and has improved one spot to be 17th overall.

Poland's Kwiatkowski, of Team Sky, kept the red jersey after taking it from Rohan Dennis on Sunday, with an overall time of nine hours 10 minutes and 52 seconds, while Movistar's Alejandro Valverde trails him by 14 seconds.

Meanwhile The Irish pro cycling team Aqua Blue Sport will fold at the end of the season, leaving a couple of New Zealanders in limbo.

Shane Archbold and Aaron Gate both ride for the team. A patched up Shane Archbold after a crash during the 2016 Tour de France. Photo: Photosport

Funding for the team was meant to secure their future for four seasons with two-year rolling contracts offered to the riders.