The U.S. Open started with a bang as world number one Simona Halep christened the newly renovated Louis Armstrong Stadium with a shock 6-2 6-4 loss to unseeded Estonian Kaia Kanepi, becoming the first top seed to lose an opening match at Flushing Meadows.

It was the second consecutive year the Romanian French Open champion had been eliminated in the tournament in the first round.

On a hot and humid day, Halep failed to sustain any kind of service rhythm and her usually stout defence proved no match for the powerful Kanepi's bruising groundstrokes and deft drop shots.

"I have always loved being in New York," said the 33-year-old Kanepi, twice a quarter-finalist at the tournament who has been ranked as high as world number 15. 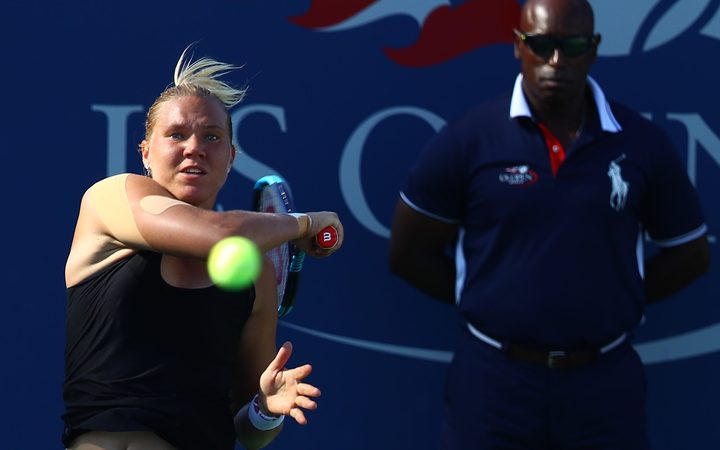 "I like the atmosphere. I like being here. I love the courts and the climate, and I think that the courts suit my game really well."

Kanepi, world number 44, earned the first break when she launched a back-hand lob over Halep's head to jump out to a 2-1 lead.

Kanepi broke again in the fifth game and never looked back as Halep won just 59 percent of her first-serve points compared to 80 percent for Kanepi in the set.

Frustration for Halep boiled over in the second game of the second set when she smashed her racket on the court, earning a racket abuse warning from the chair umpire.

Halep recovered and it appeared a comeback was on when she broke Kanepi to love to level the second set at 4-4. 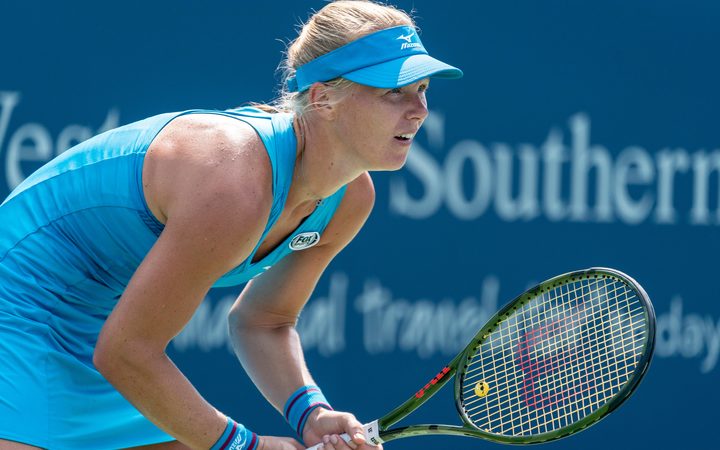 But Kanepi completed the upset when Halep sent a service return long on match point.

It was the sixth time in the Open era that the number one seed has lost in the first round of a Grand Slam tournament and the first at the U.S. Open.

Halep had looked ready for a long run in New York after she won the Rogers Cup this month and narrowly missed out on back-to-back titles after losing to Kiki Bertens in the Cincinnati final. She pulled out of last week's Connecticut Open with an Achilles injury.

The Romanian can take small consolation from the fact she has amassed enough ranking points to remain world number one after the two-week tournament ends.

It was Murray's first appearance in a Grand Slam since last year's Wimbledon quarter-finals, nearly a year since he underwent hip surgery.