Neil Henry is leading the charge to form the NRL's first coaches association in a bid to help the league's mentors in their high-pressure role. 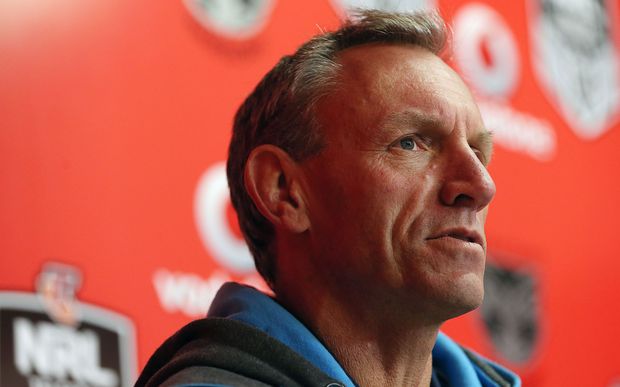 In the same week Penrith sacked Anthony Griffin with more than two years left on his contract, Sydney Roosters counterpart Trent Robinson revealed plans are under way to support coaches.

Griffin's shock axing is believed to be the first time a coach of a side sitting inside the NRL top eight has been shown the door a month out from the finals.

It comes a year after Des Hasler and Canterbury took more than six months to reach a settlement over his termination payout, despite having two more years on his contract.

Henry himself was forced into legal action to get his own payout from Gold Coast after his dismissal last year.

Robinson has long called for the formation of a coaches union and on Thursday said that moves are afoot to ensure the game's mentors are being formally assisted.

Robinson said there were two main reasons for an association.

"The education of coaches and development of coaches in the way that they are ready to handle the rigours of coaching," he said.

"And also the welfare of coaches. It can be short term or long term but the support of that."

Robinson insisted current coaches, all of whom have ticked off on the association, weren't oblivious to the harsh nature of the industry.

However, he said it was important there were avenues for coaches to receive assistance.

"It's more about the education to get to a coach, and whilst you're a coach, and also the support around the movement of coaches," Robinson said.

"If you're doing your job, then you'll be in it for a long time."

Robinson's comments come as rival coaches sympathised with Griffin, who is left unemployed despite being on the cusp of leading the Panthers to a third-straight finals series.

But he was stunned by the timing, given the Panthers are equal with the Dragons on the ladder on 28 points and considered an outside chance of winning the title.

"It's a surprise considering where they are and the situation they're in," McGregor said.

"But usually when the noise is loud enough around anything, there's more to it.

South Sydney coach Anthony Seibold, who himself has been linked with a move to Brisbane in 2020, re-iterated his intention to see out the final 15 months of his contract at Redfern.

"But like we saw with Anthony Griffin the other day, I'm sure his intention was to see the next two and a bit years out. Things change in the game," he said.