Golden State's high-powered offense was too much for the Cleveland Cavaliers as the Warriors claimed a 122-103 victory in Game Two of the NBA Finals on Sunday to take a 2-0 lead in the best-of-seven series. 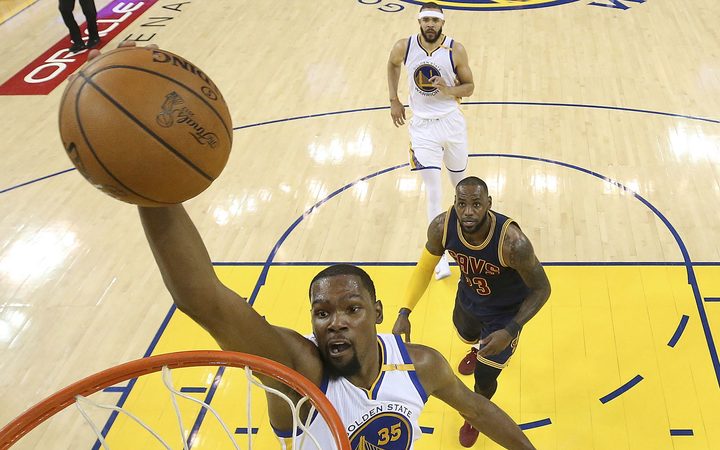 Stephen Curry and Kevin Durant combined for 59 points in a wire-to-wire victory that puts the defending champions just two wins away from their third championship in four years.

The Warriors started fast and surprise starter JaVale McGee ignited the home crowd by hammering down some alley-oops.

Coming off a tough overtime loss in Game One, the Cavs stayed within striking distance for most of the contest until a flurry of second-half three pointers by Curry sealed the win.

Game Three is scheduled for Wednesday in Cleveland.