The pain of 2017 is serving as a key learning experience for runaway Supercars championship leader Scott McLaughlin.

The New Zealand driver had his maiden title all but wrapped up last year entering the final race.

But disaster struck the 24-year-old in Newcastle, leaving Jamie Whincup to snatch a record seventh championship in one of the most extraordinary finishes in Supercars history.

McLaughlin takes a 158-point lead into this weekend's sixth round at Winton Raceway in north-east Victoria.

He's chasing a rare fifth-straight race victory after claiming the double at Phillip Island and Perth. 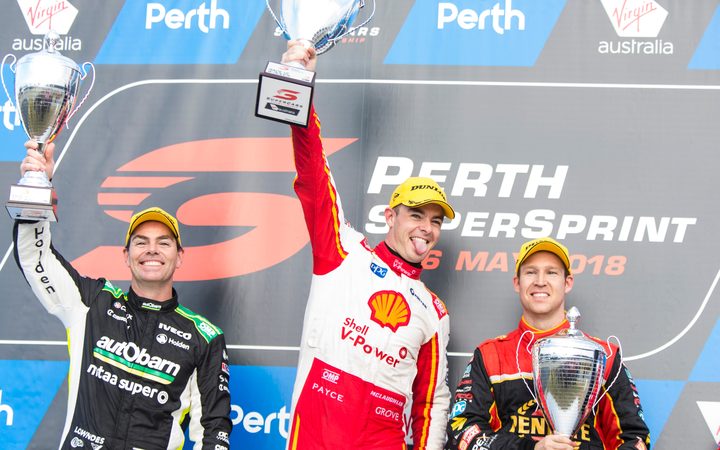 Despite his rich vein of form, McLaughlin knows how easy it is for a championship lead to slip.

"It's nice to have that buffer but it could go just like that," McLaughlin said.

"If we extend the lead (at Winton) - great - but if we don't, we just have to think about a few things.

"We were lucky at Perth to get the second win, but we have to carry this momentum through as a team."

McLaughin is aiming to become the first Supercars driver since Jamie Whincup in 2008 to win five races in a row.

The Red Bull Holden star has gone from top of the standings following Symmons Plains to fifth after two disastrous rounds.