The Plunket Shield cricket match between Canterbury and Auckland in Rangiora has been abandoned because of a dangerous pitch.

Only three overs were bowled on the first session of the third day before the umpires decided to abandon the game due to safety concerns, with Auckland at 66 for six in reply to Canterbury's 485 for six declared.

Auckland batsman Matt McEwan hit on the helmet from a deliver from Canterbury pace bowler Will Williams, when the ball reared off a length. 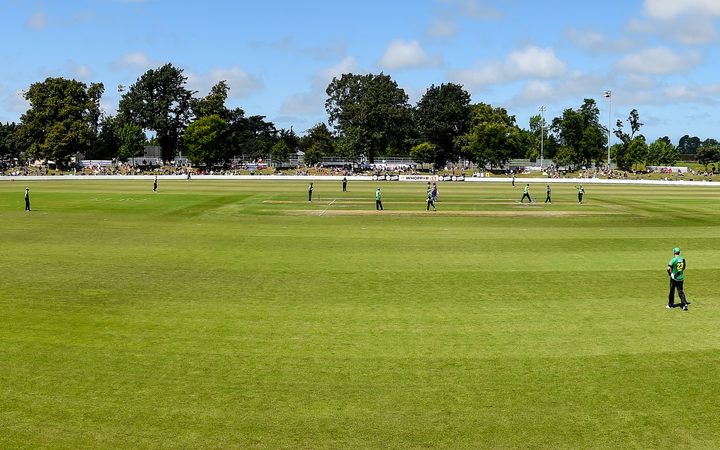 "The umpires were of the view that the pitch was not safe and fit for play; that the players' welfare was the number one priority and, accordingly, abandoned play," said Rogers.

"It's too early to say exactly why the pitch didn't meet playable standards - we'll certainly be launching an investigation to look at that."