The American has been a decades-long pioneer of equality within the sport in which she was a 12-time grand slam singles champion, collecting six of her haul at Wimbledon.

Now she believes men should be playing shorter matches at the majors, to ensure matches remain sufficiently bite-sized for audiences.

Speaking at the WTA Finals Singapore launch, King found herself in a familiar debate about whether women should play matches of the same length as the men, who play best-of-five singles contests in all the grand slams. 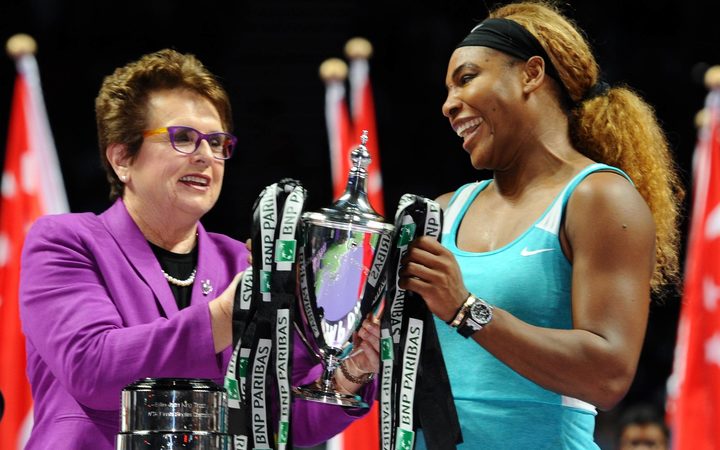 "I think it takes too much out of them. I want them to play as long as possible (in their careers)."

The founder of the Women's Tennis Association, which runs the women's professional tour, added "I think especially with technology and concentration spans, kids can last about seven seconds now. The point is, I think people want quality over quality."

King said at the launch event, streamed on the tournament's Facebook page, that women were willing to play best-of-five matches if asked but that those in charge "only want us to play two out of three".