New Zealand have been set 336 to win the fourth one day cricket international against England in Dunedin and keep the series alive.

England have made 335 for nine in their 50 overs with Jonny Bairstow (138) and Joe Root (102) both scoring centuries as the pair put on 190 for the second wicket after New Zealand skipper won the toss and opted to bowl. 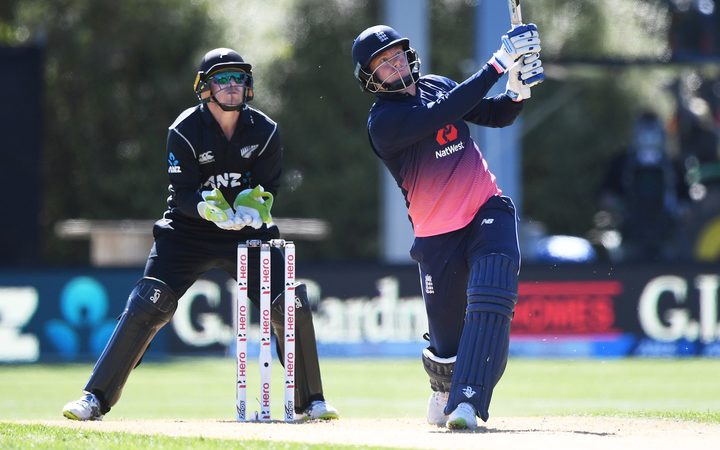 Jonny Bairstow hits a six on his way to 138. Photo: Photosport

The England top order took to the New Zealand bowlers in the first 35 overs and were on course for a total of 400 at one stage with the tourists 267 for one in the 37th over.

Legspinner Ish Sodhi was the most successful of the Black Cap bowlers with 4 for 58.

But when Bairstow was dismissed England then lost six wickets for 21 runs as New Zealand fought their way back into the game. 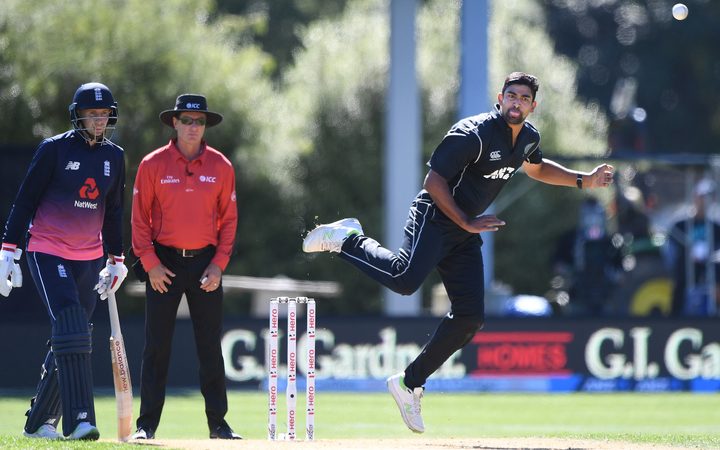 Ish Sodhi was the most successful of the New Zealand bowlers. Photo: Photosport

Colin de Grandhomme went for 23 off his two overs.