The 31-year-old signed late last year for Cairns-based Queensland Cup side Northern Pride, who are a feeder club to the Cowboys, but is desperate for a return to the top grade.

His future is now in the hands of the NRL integrity unit, who have the final say as to whether the former Canberra, Sydney Roosters and Cronulla star's contract will be registered.

"The Cowboys have made the first step, they have lodged the contract so we will see what happens when they assess it," Northern Pride CEO Greg Dowling told News Corp. 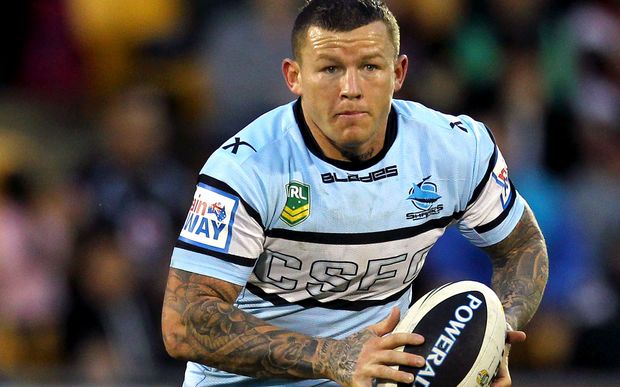 "You never know what the NRL decides. I'm hoping they don't knock it back but there is always that possibility."

The Cowboys offered no comment when asked to confirm the reports, but coach Paul Green is due to speak to media later on Tuesday when he names his round-one team.

Carney, a Dally M medal winner in 2010, hasn't played in the NRL since 2014 after he was sacked for the infamous 'bubbler' incident.

He told Channel Nine he was a "different Todd" and had matured in recent years after a litany of off-field controversies blighted his career.

Carney spent two seasons with the Catalans Dragons in the Super League before a shift to the Salford Red Devils last year.

Carney would be a solid back-up option to incumbent North Queensland halves Michael Morgan and Johnathan Thurston, with the latter to retire at the end of this season.