Australian golfer Terry Pilkadaris has marched on relentlessly to stretch his lead on the third day of the New Zealand Golf Open at the Millbrook Restort in Queenstown. 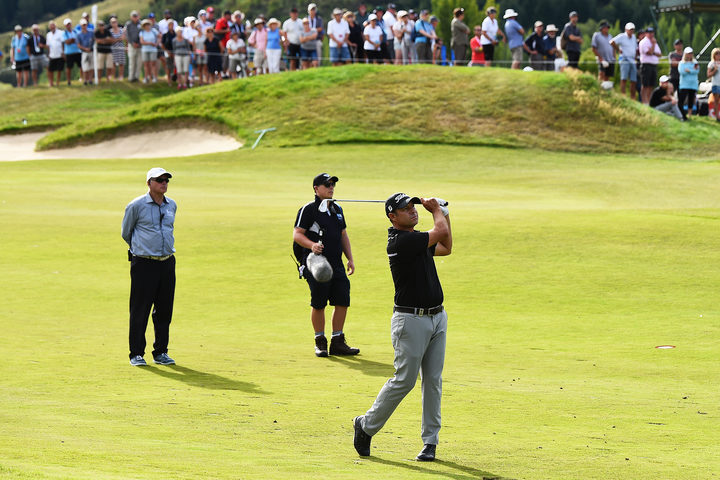 Pilkadaris finished his round nine under taking him to 24 under for the tournament and threatening Kel Nagle's 1964 record of 26 under for a New Zealand Open win.

Pilkadaris, who has been waiting 13 long years since his last professional win, could barely believe his luck as he poured in the best round of the day to extend his overnight lead.

"That was unbelievable. I was hitting some putts towards the end there and they were going in and I was like 'wow'. I was just trying not to get in my own way in the end."

Callan O'Reilly was keeping pace with his compatriot Pilkadaris through the first half of his round, taking a share of the lead with an eagle on the par 5 No 10.

Two bogeys on the back nine put a halt to his momentum and he had to settle for five under for the day and 19 under for the tournament to be five shots back in outright second, a shot ahead of Australian Daniel Nisbet at 18 under. 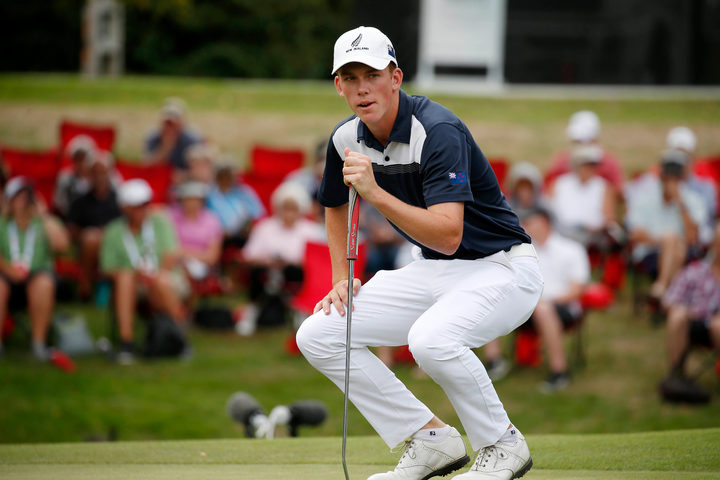 A teenage amateur from Manor Park is shaping as the best New Zealand chance of breaking up the Australian dominance.

Wellingtonian Daniel Hillier, 19, fired in the best round of his life to end eight shots off the lead, but it will take something special for anyone to haul in a rampaging Pilkadaris.

The amateur drained a long putt on the 18th to put an exclamation mark on a back nine which included just one blemish and saw him come home in 30.

"I think in the circumstance, it was the best round of my life. I started the day slowly but managed to get a few putts halfway through and kept trucking from there," he said.

"It is the first time I've been in contention in the New Zealand Open. I am looking forward to what is ahead and quite excited as well. I have a great support crew here."