The Blues flanker Antonio Kiri Kiri has been suspended for one Super Rugby game following two incidents in last weekend's match against the Highlanders in Dunedin. 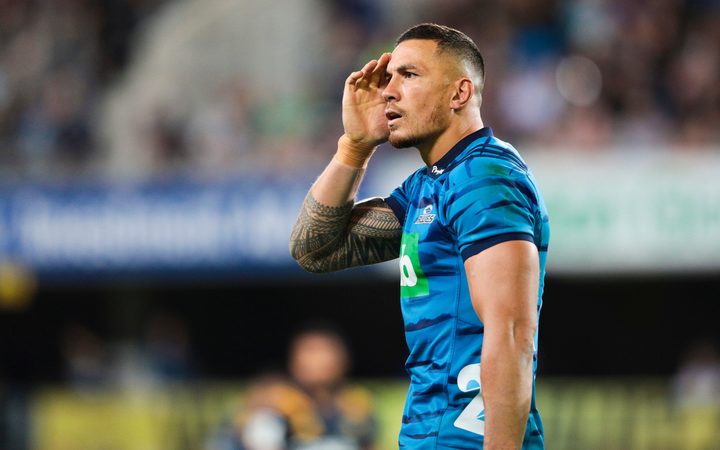 Kiri Kiri was yellow carded in the 53rd minute for a dangerous tackle of Highlanders first five Lima Sopoaga.

Following the match he was cited for a separate incident involving a potential charge of Striking with the Head.

Kiri Kiri was issued with a warning from the Judicial Committee in regards to that incident.

The rules state that a yellow card and a warning from the same match equates to a sending off and therefore he gets an automatic one match suspension.

The former New Zealand Sevens player will miss the Blues game against the Chiefs at Eden Park on Friday night.

The Blues will also be without centre Sonny Bill Williams who hasn't recovered from a knee injury he suffered against the Highlanders.

All Black Patrick Tuipulotu, who came off the bench last weekend, will get his start at lock with Scott Scrafton, with the experienced Jimmy Tupou back to full fitness to start at loose forward.

All Black Jerome Kaino, who earlier today announced he will finish his distinguished career at the Blues at the end of the season, will come off the bench for his first game of the season after recovery from injury.

The changes in the backline will see TJ Faiane in place of Sonny Bill Williams, who is expected to join the squad that heads to South Africa at the weekend. Also Melani Nanai gets a start at fullback with Michael Collins to come off the bench.

The other change in the pack has the experienced Pauliasi Manu to start at loosehead prop with Alex Hodgman as reserve.