The Black Caps legspinner Ish Sodhi says he's getting used to getting hit for six but it's only improving his bowling.

Sodhi took 2-49 in his four overs in the win over England in Wellington Tuesday night and while expensive took the key wickets of Alex Hales and Jos Butler.

The 25 year old Sodhi who sits third on the T20 bowling world rankings says he's learnt to cope with getting hit to the boundary. 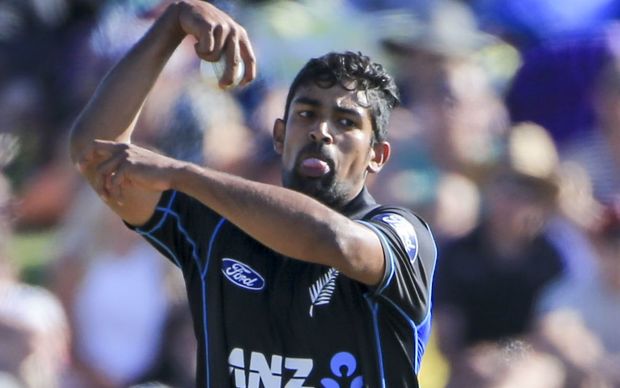 New Zealand play Australia in their third match of the tri series in Auckland tomorrow night.

'The newbies (Mark Chapman and Tim Seifert) have come in and done really well....and we're full of matchwinners. One person could have their day and we could be sailing to a victory in no time."