Any remote hope the Wellington Phoenix of turning around their dismal season and making the A League football playoffs has been dashed.

The Phoenix were trounced 4-nil by the Western Sydney Wanderers. 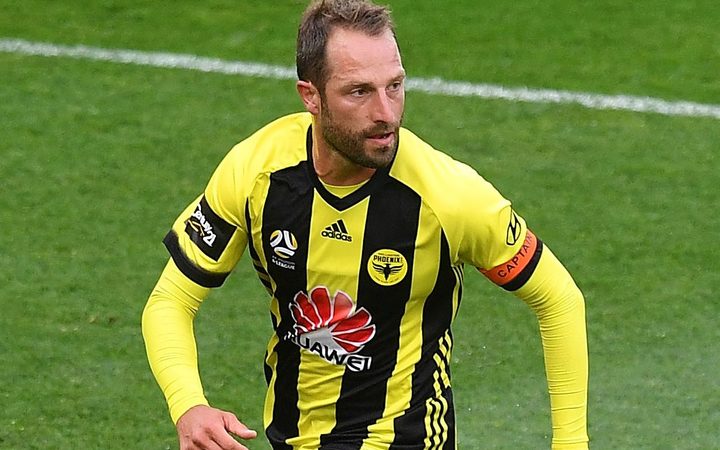 The latest result means Andrew Durante and the Phoenix are out of play off contention. Photo: Photosport

For the Phoenix it's back-to-back four-goal thumpings from Sydney-based sides.

Captaion Andrew Durante questioned the desire of his players after the match.

"We spoke before the game about how important this game was to keep our season alive.

"I can accept losing games but when you are second to every ball, you're out of the game you can't keep the ball... I'm so disappointed," a bitterly disappointed Durante told Fox Sports.

This was Phoenix's second 4-0 loss in as many weeks after Sydney FC flattened them.

"It's up to every individual to have a good look at themselves," added Durante.

"The majority of the team is off contract [at the end of the season].

"It's not going to get any easier.

"We've got a couple of home games coming up which we need to win, just for the sake of some pride."

The Phoenix have won just one of their last eleven away games.

Their next match is against Perth Glory in Wellington on Saturday.