Just twenty minutes practice was all it took for New Zealand's Paddy Chapman to become a world champion. 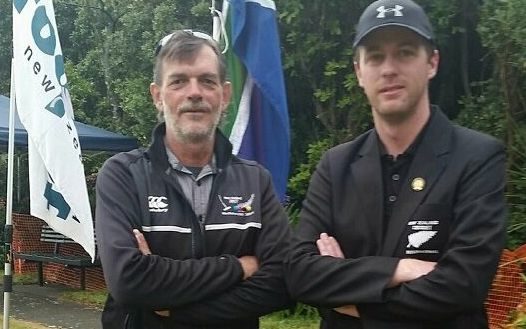 It was second time lucky for Chapman, who lost the final in 2013.

Chapman, is now based in England, but said he's had chance to practice at his Nottingham club since June.

"Leading into this event I had done only twenty minutes practice..so it's probably the worst preparation I have had for any tournament ever," said Chapman.

"My home club in Nottingham is actually closed for the winter because the lawn is being refurbished....so I went in completely rusty but I guess it meant any bad habits I developed last season I'd forgotten about so in the end it turned out alright."

Chapman said he intends competing in the British Open later in the year but beyond that he's unsure about his future in the sport.

"I've always had three goals in croquet - to win the New Zealand Open, the McRobertson Shield which is the world teams championship and the world singles and I have now managed to do all three of those."

"The fact that I have ticked this one off relatively early on is a huge thing for me and is somehting that I have always dreamed about but was never sure it would happen."

Chapman is just the second New Zealander to win the title - after Joe Hogan won the inaugural event in London in 1989.

Chapman said it was nice to "level the score" when it comes to world titles with his wife but said they tried not to talk about croquet too much at home.

"We try not to talk about croquet too much. We get enough of that at tournaments - I'd like to think we lead a fairly normal life."