New Zealand are expecting David Warner will lead Australia in aggressive fashion in the T20 tri-series, but are intent on keeping his form slump going. 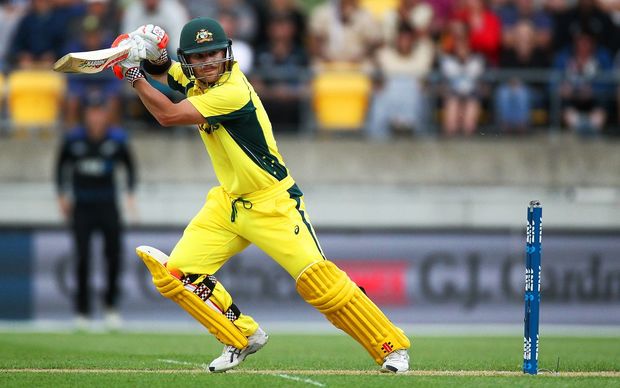 With Steve Smith having a short break before the upcoming Test tour of South Africa, Warner will captain the Australian T20 side in this month's tri-series against New Zealand and England.

Warner has accumulated T20 captaincy experience in the IPL, leading Sunrisers Hyderabad to the 2016 title.

'He's obviously had a bit of experience in the IPL captaining T20 sides, so I'm sure he'll be aggressive,' NZ paceman Tim Southee said.

"I'm sure the Australian way will still come through under David's captaincy."

"He's a class player, he's shown that over a long period of time and good players don't stay down for too long," Southee said.

"We know that we're going to have to be on top of our game to stay on top of him."

New Zealand are second in the T20 world rankings, five places above Australia, who they meet in the tri-series opener at the SCG on Saturday.

However, they are coming off back-to-back home losses to Pakistan in late January.

"I think the execution with the ball in those last two games probably haven't been where we have throughout the summer," Southee said.

"Thats probably one thing from a bowling point of view that we probably will work a little bit harder on over the next couple of days in training.

"We played some good cricket throughout the summer, the last couple of games haven't been our best, but the beauty of the side is we don't ride the emotions that can come with winning and losing."