The departure of another All Black has been confirmed, with French club Bordeaux announcing the signing of Crusaders and Taranaki utility back Seta Tamanivalu. 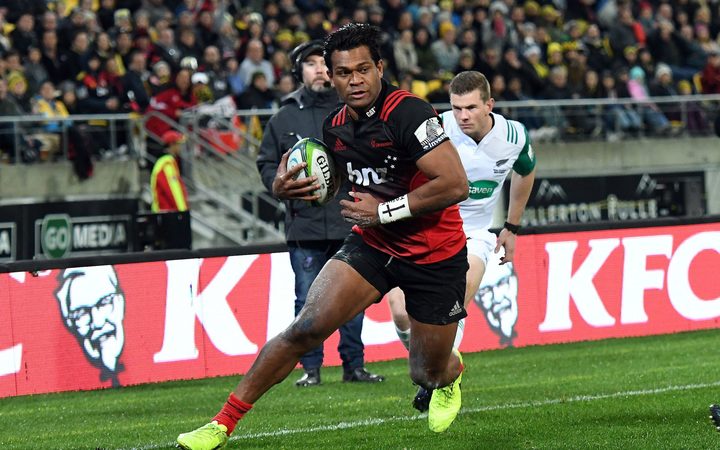 Crusaders' Seta Tamanivalu goes over for a try. Photo: PhotoSport

Bordeaux revelaed the news on their club website on Thursday (NZ time), with Tamanivalu making the move at the end of the 2018 Super Rugby season on a three-year contract.

Confirmation of the shift for the 25-year-old, who has five All Blacks caps, came just a day after it was announced Chiefs midfielder Charlie Ngatai had signed with another French club, Lyon.

Last month it was revealed back-up All Blacks first five-eighth Lima Sopoaga was also off to Europe after this year's Super Rugby competition, the Highlanders pivot with 16 international caps linking up with English outfit Wasps.

A mainstay in the midfield for a well-performed Taranaki outfit since 2012, Fijian-born Tamanivalu made his All Blacks debut in 2016, coming off the bench as a midfield replacement in two tests against Wales and one against Australia.

Since moving from the Chiefs to the Crusaders for the 2017 Super Rugby season, though, the powerful ball-runner and bruising defender has featured mostly on the wing.

That form earned him a recall to the All Blacks for last year's end-of-year tour, where he performed well in matches against the Barbarians and the French XV.

However, with young star Rieko Ioane proving hugely impressive last year, the presence of Waisake Naholo and the expected returns of the likes of Israel Dagg and Nehe Milner-Skudder, Tamanivalu has opted to take his talents offshore.

Bordeaux said they anticipated their new signing would arrive on November 1.