When All Whites striker Jeremy Brockie joined his new club in South Africa for training he didn't relaise he would be sharing the pitch with Olympic sprint legend Usain Bolt.

Brockie who has recently moved to competition leaders Mamelodi Sundowns was joined at training by Bolt who has an upcoming trial with German club Borussia Dortmund.

Brockie posted a photo of the pair at training on social media. 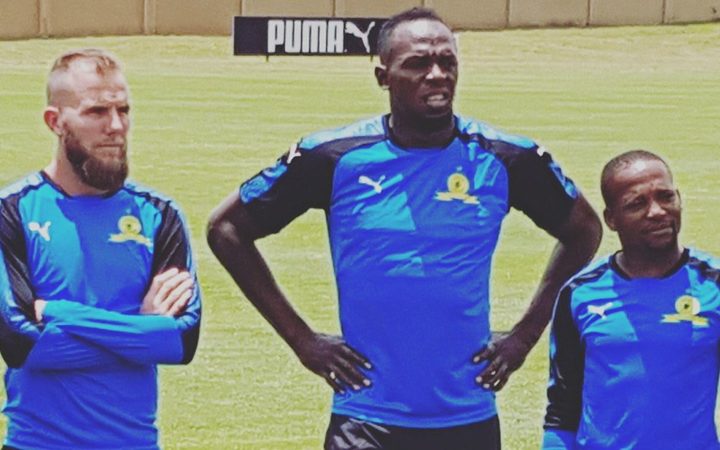 "We got a message from our team manager saying we had a special visitor coming on Monday. It was meant to be a day off but we came in and there he was," he told Fairfax

"There were rumours circulating that Bolt was going to be there, but until I saw it with my own eyes I didn't really want to believe it.

Brockie said Bolt conceded he had little since retiring from athletics last year.