Polarising tennis star Bernhard Tomic wants to return to tennis, but it appears that won't mean playing for Australia again any time soon. 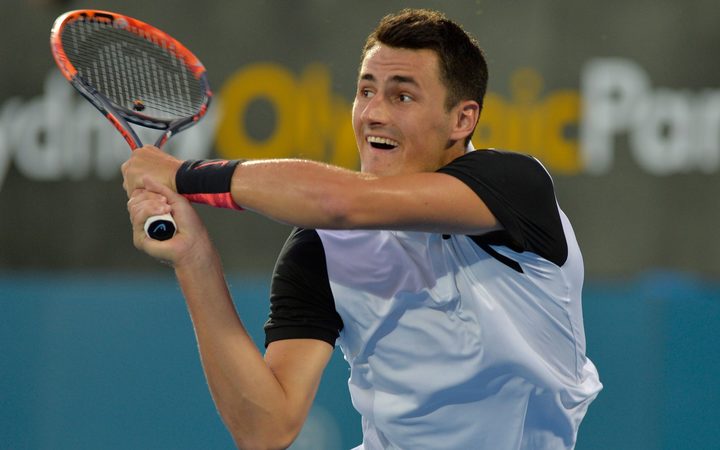 Tomic on Tuesday became the first contestant to quit the reality TV show 'I'm A Celebrity ... Get Me Out of Here', after just three nights.

Having earlier told the show Australia could not win the Davis Cup title without him and promising to expose corruption within Tennis Australia, the "depressed" 25-year-old said he wants to return to tennis after his short time in the jungle had brought into focus what he really wanted to do with his life.

"Half the time during the day, I'm just depressed," he told fellow contestant Jackie Gillies.

"I've never really had time to think about my thoughts. I've always had people around, my mobile phone ... everything was so fast-paced.

"Everything's slowed down in the last few days. I don't want to spend half my time depressed here ... thinking about how I played last year and where I should be."

"I wasted this whole last year of not playing a lot of tennis and being professional.

"I need to be competing and playing in what I do best and that's why I've decided to leave."

Hewitt says Tennis Australia has "bent over backwards" for Tomic but can't do any more for the ex-prodigy until he decides to help himself in the wake of his latest controversy.

"We've made a lot of approaches as part of Tennis Australia - we can't do any more, believe me.

"The last two years has been a lot of hard work for a lot of people.

"We've bent over backwards to help Bernie in so many ways.

"At the end of the day you have to want to help yourself.

"We can only offer an olive branch but you have to be willing to take it."

Tomic fell out with Hewitt after knocking back a chance to join a Cup training camp in Melbourne in December and Hewitt was reportedly also unimpressed when the former world No.17 later brushed a chance to play the Australian Open wildcard play-offs.

"For me, he's made some mistakes and it will be a long way back," Hewitt said of Tomic's Davis Cup future.

Tennnis Australia CEO Craig Tiley said he would leave it to Hewitt to decide if Tomic could be considered for Davis Cup selection again in the wake of the latest controversy.

"It's not the first time I have heard Bernard make negative comments toward the organisation - I can pretty much guess what Bernard is going to say," Tiley told SEN Radio.

A former Wimbledon quarterfinalist, Tomic's actions and words have often been the subject of controversy among fans of the sport.