World number one Rafael Nadal has savaged tennis tour organisers after retiring injured in the fifth set of his quarter-final clash with Marin Cilic. 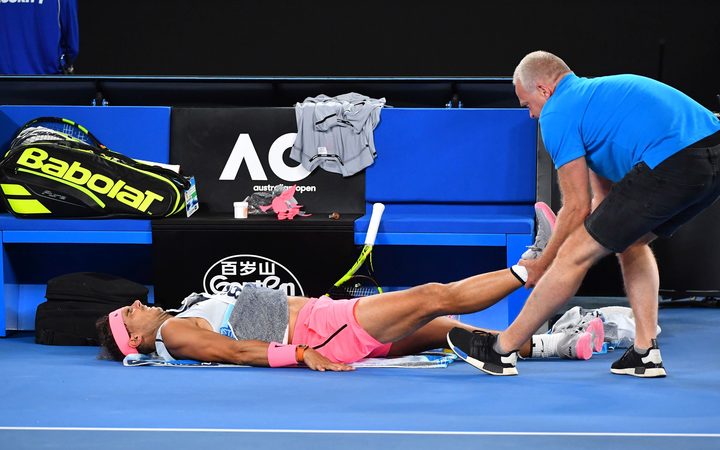 It has prompted Nadal to question the intense tennis schedule and workload, saying injuries are jeopardising many tennis stars' futures.

"Somebody who is running the tour should think a little bit about what's going on," Nadal said.

"Too many people are getting injured.

"I don't know if they have to think a little bit about the health of the players. Not for now that we are playing, but there is life after tennis.

"I don't know if we keep playing on these very, very hard surfaces what's going to happen in the future with our lives.

"It's a negative thing, but I [am not] going to complain because [it] happened to me more than others.

"But on other hand, I was winning more than almost anyone. That's the real thing. But who knows, if I didn't have all these injuries." 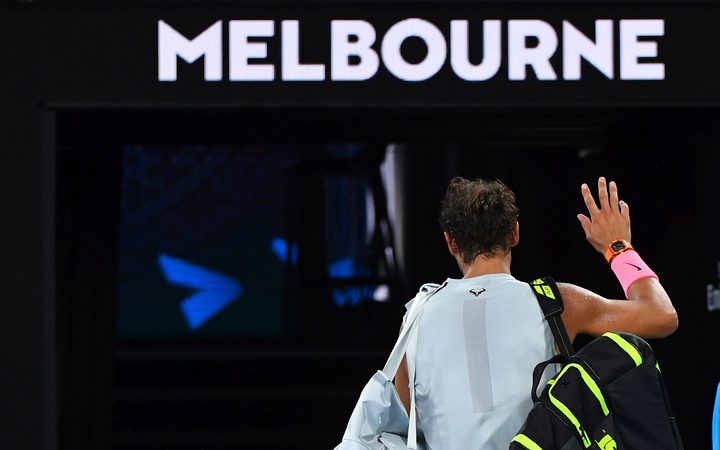 Nadal will undergo scans to determine the exact nature and severity of his leg muscle injury.

He called for the trainer for the first time down 1-4 in the fourth set and received treatment high on his right leg by the side of the court.

He received further attention after he lost the fourth set and shook Cilic's hand after he lost his first service game of the final set.

"It's not my hip, but I can't tell you exactly the muscle," a despondent Nadal said after he limped slowly into his post-match press conference in obvious discomfort.

The Spaniard said he first felt that the muscle was "a little bit tired" in the third set then felt something happen when he played a drop shot in the fourth.

Nadal withdrew from tournaments at the end of last season due to an ongoing knee injury that also forced him out of this year's Brisbane International.

Nadal has retired once before at the Australian Open, in 2010, when he was trailing Andy Murray in a quarter-final.