The New Zealand men's hockey team claimed a thrilling 5-4 victory over Belgium in their opening match at the Four Nations tournament in Tauranga. 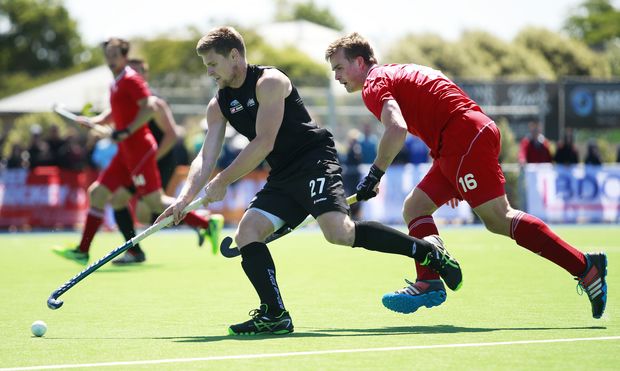 It was an electric encounter between the hosts and world number three ranked Belgium with the game locked up 3-3 at halftime before New Zealand struck twice more to put the result beyond doubt.

The Black Sticks head coach Darren Smith was pleased with the result which gives his side three series points ahead of tonight's (Thursday) clash against Japan.

"I thought there were a lot of areas we played well in tonight and especially on attack we saw some quality work in the circle," he said.

"What I really enjoyed was seeing the grit and passion out there. There are areas we can improve on and we look forward to developing throughout the series.

"To show we can win against a world class side like Belgium certainly puts us on the right foot and sets us up for the rest of the week."

Belgium opened the scoring in the sixth minute through an Amuary Keusters field goal but the Black Sticks struck back just minutes later with Jared Panchia finding space to shoot past the goalkeeper.

Marcus Child got the home crowd on their feet in the 13th minute after smashing an aerial ball into the back of the net to give New Zealand the advantage.

The Black Sticks opened a two goal buffer right on quarter time when Stephen Jenness slipped a reverse push into the corner of the cage.

Belgium equalised just out from halftime thanks to a Thomas Briels field goal to send the match into the sheds locked up 3-3.

Two quick goals from New Zealand scored by Nic Woods and Jared Panchia had the hosts rolling and ahead 5-3 midway through the third quarter.

The Red Lions pegged one back after Luypaert's second goal of the match in the 48th minute but the Kiwis held firm for the victory.

In Wednesday's other match, India put together a commanding 6-0 victory over Japan thanks to doubles from Vivek Prasad and Dilpreet Singh.