Defending champion Roger Federer cruised to a first up victory at the Australian Open and was joined in the second round by former champions Novak Djokovic and Stan Wawrinka. 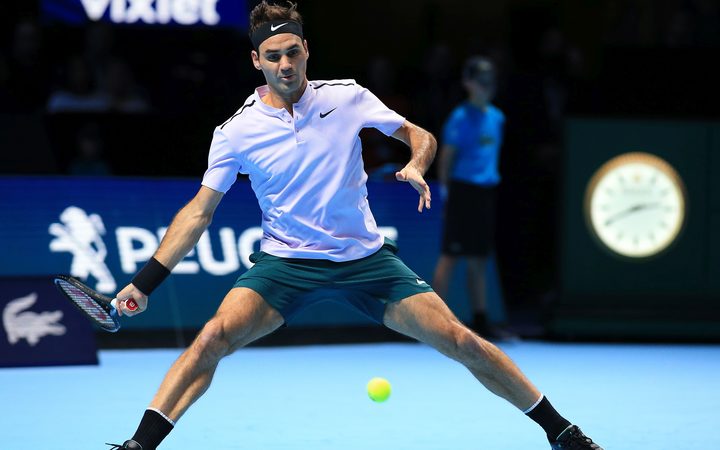 Federer will next face Germany's Jan-Lennard Struff, who hit 45 winners, including 19 aces, past wildcard Kwon Soon-woo of South Korea in a 6-1 6-2 6-4 victory in 77 minutes.

The world No.2 and title favourite went unbroken in his win on Rod Laver Arena in just one hour and 39 minutes.

Federer was untroubled, returning to the scene of his remarkable comeback win last year for the first time.

"I was thinking back a lot about what happened last year because it was my favourite tournament last year hands down," he said after the win.

"Walking out here ... being back here in Melbourne is an amazing feeling and hopefully I can keep it going a little bit longer."

His trickiest adversary might have been a cringe-worthy post-match engagement with actor Will Ferrell.

In his famous Anchorman persona of newsreader Ron Burgundy, Ferrell asked the 36-year-old if he felt like a young gazelle on court.

"Maybe. Maybe not. Don't they get eaten in the end?" Federer replied.

Kristina Mladenovic and Petra Kvitova were the surprise early exits in the women's singles while Canadian Milos Raonic, seeded 23rd, was the biggest upset loser on the men's side.

Australian 18th-seed Ashleigh Barty beat Belarus' Aryna Sabalenka 6-7(7) 6-4 6-4 in the first round but faces a tough test against Italian Camila Giorgi in the next stage.

Argentina's Juan Mart+n del Potro, who last played at the Australian Open in 2014, battled to a 6-3 6-4 6-3 win over American Frances Tiafoe to set up a second-round clash with Russia's Karen Khachanov.

Austrian fifth-seed Dominic Thiem brushed Argentina's Guido Pella aside with a dominant 6-4 6-4 6-4 win and will face American qualifier Denis Kudla in the second round.

Women's world number three Garbine Muguruza breezed into the second round with a 6-4 6-3 win over French wildcard Jessika Ponchet.

World number one Simona overcame an ankle injury to move on to the next round after a 7-6(5) 6-1 victory over Australian teenager Destanee Aiava.

Halep praised Aiava, ranked 193 in the world, for her booming groundstrokes, which helped earn the 17-year-old wildcard two set points in the opener.

"She's a little bit like Serena (Williams), she's hitting the ball strong, she's a powerful girl and for sure she will be good in the future." Halep said.

"A month ago I didn't know if I was going to come to Australia or not because the elbow was still not prepared for this level of competition," Djokovic, playing his first match since Wimbledon last year, said in an on-court interview.