New Zealand's top male tennis players didn't last long in the singles competition at the ASB Classic, but have a decent chance of going all the way in the doubles, writes Jamie Wall. 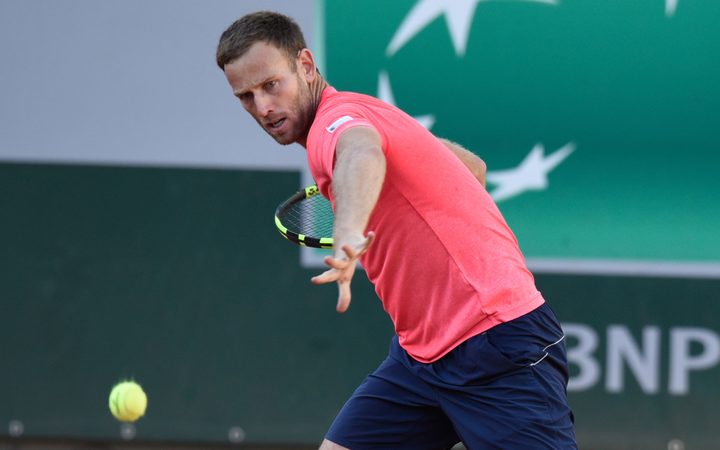 The loss was, sadly, expected. But while Bautista Agut swatted away the challenge to head to the second round, it's not over for Venus.

In fact, it's just starting for two other New Zealanders as well - and the expectation of success is high. Venus, Marcus Daniell and Artem Sitak are providing a lifeline for tennis in this country, with all three regulars in the doubles draw.

They're all in with a real chance - Daniell won the tournament in 2010, Sitak just came off a semi-final appearance in the Brisbane International last week and Venus is the reigning French Open champion.

For Daniell, competing in his fifth ATP event in Auckland, it's an exciting time.

"We're all playing grand slam main draws, every slam. We've got a current grand slam champion, that's phenomenal, that's something we haven't had in years, and we're all winning rounds. That's pretty special."

However, it hasn't been easy. The life of a doubles specialist on the ATP is a constant routine of travel and training. All three can expect about 30 tournaments this year, so at least 29 weeks away from home. Add in the fact that if you have have a week off in Europe it's almost impossible to come back to NZ in between.

"You have to work really hard and have to fly a lot." says Russian-born Sitak.

"For example we made the final of a tournament in France, then left right after the final to fly to Hong Kong for a three-hour drive to Shenzen. There was 30 degrees difference and 100 percent humidity playing the next day. We lost in a huge battle, but we were absolutely dead from that, both physically and mentally. But you have to do that to keep the ranking up."

Another stress is finding the right partner, which Sitak found out the hard way.

"Some guys bounce around all the time and have different partners every week. That's not ideal, because the top guys stick together, they know each other's games. There's a big difference between the top 10 and the top 50. You need time to connect with your partner, I remember three or four years back when I started to focus on doubles I had 10 weeks in a row with 10 different partners. Obviously I couldn't get a good result, it's too difficult."

Daniell said the position he finds himself in now makes him immensely motivated to help the sport that he loves.

"The thing that we have to do is win as many big tournaments as we can because we have to get as much media exposure as possible, and inspire as many kids to play as possible. Then hopefully that'll translate into more players. I've thought about it a lot as to how I can help tennis in NZ. I'm passionate about the sport occupying the space I feel it should."

Both Daniell and Sitak are excited to be back at their home tournament, with Sitak saying it's his favourite place to play. Daniell is full of praise for the ASB Classic managing to draw such a competitive field this year.

"For a 250 event to be like this is a massive credit to Karl [Budge, tournament organiser]. To even get two or three of these players is a big deal, and there's hardly anyone in the singles draw that isn't a pull. A second round match between Del Potro and Shapovalov, that's a massive ticket match for any tournament. And that's second round of a 250, so he's done a fantastic job."

Venus and Sitak go head to head tonight, with their respective partners Raven Klaasen of South Africa and Dutchman Wesley Koolhof. So whatever happens, there'll at least be a Kiwi making it further than the first round.