The New Zealand Breakers have rediscovered their winning mojo with an 82-69 NBL win over the Cairns Taipans in Auckland. 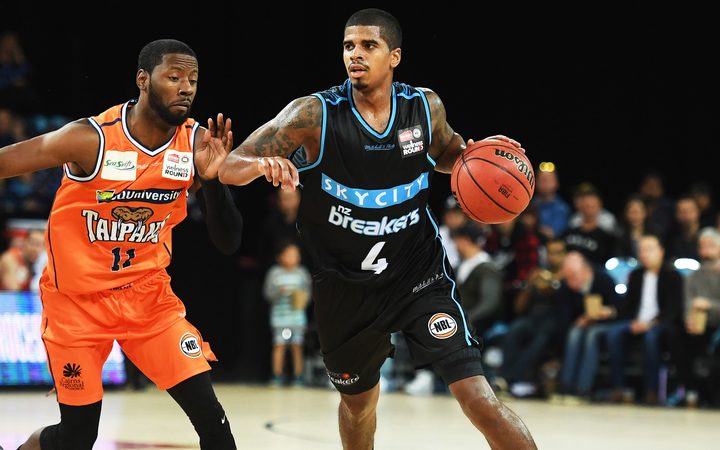 The Kiwis had won only two of their last seven games, but led from start to finish at Spark Arena on Sunday.

Breakers coach Paul Henare had demanded a strong start from his team, after lacklustre opening quarters had become a feature this season.

He got that as the Kiwis rocketed out to a 15-4 lead after four minutes, boosted by back-to-back three-pointers from Edgar Sosa and supplemented by clinical work in close by DJ Newbill and Mika Vukona.

Cairns dug in to restrict the damage late in the spell, leaving the Breakers only with a 22-18 lead at the first break.

They extended that to 47-37 at half-time before the Taipans launched a third- quarter fightback after trailing by 17 midway through the spell.

Ahead 60-51 at the three-quarter mark, the Breakers found their lead reduced to just five early in the final spell before they rediscovered their rhythm to finish on a high with a buzzer-beating Sosa three-pointer from midcourt.

Sosa topped all scorers with 19 points, with valuable support from Tom Abercrombie (16), Newbill (12) and Kirk Penney (11).

Cairns' front court was boosted by the return of big man Nate Jawai, the 31-year-old forward's first game since tearing a ligament in his foot in October.

He managed a shade under 15 minutes in a measured return for five points and two rebounds.

The Breakers' work in shutting down Alex Loughton played an important part in the win, the evergreen Taipans forward remaining scoreless for the 21 minutes he was on court.

Injury replacement Jerry Evans led the way for Cairns, top-scoring with 17 including two of five from long range. He also hauled in nine rebounds and collected two steals, three blocks and an assist along the way.

Skipper Cameron Gliddon and Jarrad Weekes both chipped in with 15 points, while Mitch McCarron worked tirelessly in amassing 15 rebounds, 10 on the defensive boards.