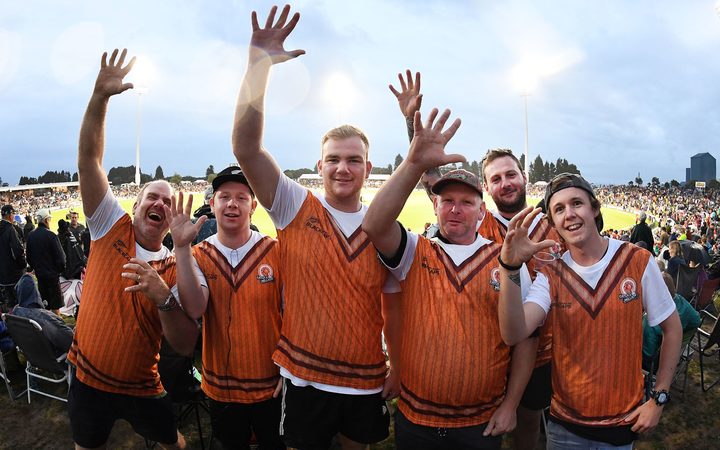 Concerns surrounding the promotion were heightened after last night's Twenty20 match between the Black Caps and West Indies in Mount Maunganui.

Several fans attempting to catch a six with one hand, which would have won them $50,000, fell heavily onto or over other spectators, including children.

New Zealand Cricket public affairs manager Richard Boock expected a decision on any potential changes to the competition to be made before the one-day series against Pakistan starts on Saturday.

"From a new Zealand Cricket point of view, we didn't like what we saw last night either at the Bay Oval," Boock said.

"Crowd safety is paramount, it's a number one priority for us and we're in discussions with DB about a way to go forward.

"Until those discussions are completed we haven't really got anything we can talk about at this particular point in time."

A joint statement was released by NZC and DB Breweries on Thursday afternoon.

"Tui in conjunction with New Zealand Cricket (NZC) would like to reiterate that crowd safety in the Tui Catch a Million promotion is paramount.

"We are now working through the logistics of these, and as soon as there are more details we will share them with you."

Prior to Wednesday night's match, NZC was unaware of any official complaints relating to the competition.

"I don't think anyone likes some of the scenes we saw last night," Hesson said.

"Obviously, safety of players and spectators alike is paramount. It's certainly something they're going to be looking at."

Neesham, posting on social media, even made a suggestion for how the competition could be tweaked.

"Someone will get badly hurt and it will look like the dumbest thing ever in hindsight."