New Zealand have romped to a 47-run win in game one of their T20 cricket series against the West Indies in Nelson. 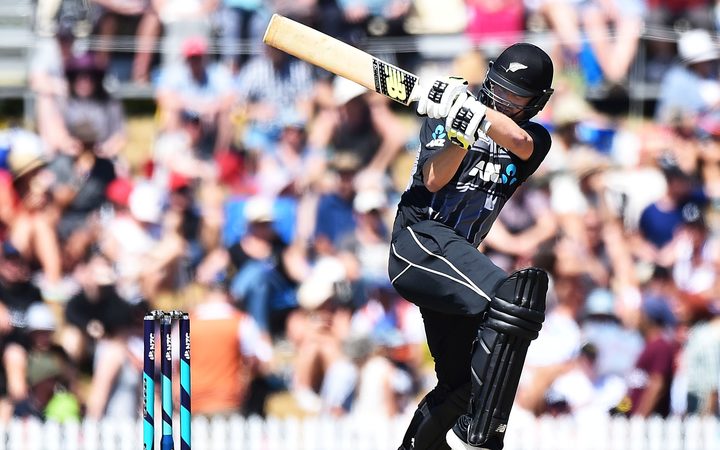 Chasing 188 for victory at a sold-out Saxton Oval on Friday, the visitors were all out for 140 in 19 overs.

Glenn Phillips and Colin Munro had earlier both made half-centuries to help the hosts to 187-7 from their 20 overs, the Auckland pair hitting 55 off 40 balls and 53 from 37, respectively.

The result means the West Indies are still to win a match on their tour of New Zealand and also puts the home side 1-0 up in the three-match series, ahead of game two in Mount Maunganui on New Years Day.

Having been thumped in their two tests and three one-dayers, more was expected of the reigning T20 world champions, particularly given the absence of Black Caps captain Kane Williamson and left-arm seamer Trent Boult.

Instead, their loss will embolden a home side that also struggled somewhat with the bat, relying on an expensive final over to set the West Indies a challenging target.

Windies bowler Kesrick Williams conceded 25 runs in the final over, including three no-balls.

"The way we fielded and bowled was exceptional," Southee told Sky TV.

"That last over was crucial to grab some momentum and take it into our bowling effort - it was hanging in the balance there."

Sent in to bat, New Zealand lost the returning Martin Guptill early but steadied the ship through Munro and young gun Phillips.

Ross Taylor (20) and Mitchell Santner (23 not out) finished the innings off.

With the ball, the Black Caps were far more ruthless.

Rance was a menace on his international T20 debut, securing figures of 3-30, while Southee bagged an equally respectable 3-36. Doug Bracewell also picked up 2-10.

West Indies captain Carlos Brathwaite admitted his side's mindset had been changed by Williams' disastrous over.

"The first 19 overs, we bowled as well as we did. You know, it happens - Kesrick has been the best bowler in the world for this calendar year.

"You know, he just went awry."