Kirk Penney is focusing more on ensuring a win than celebrating his 150th game in a Breakers singlet in tonight's NBL clash with Adelaide in Auckland. 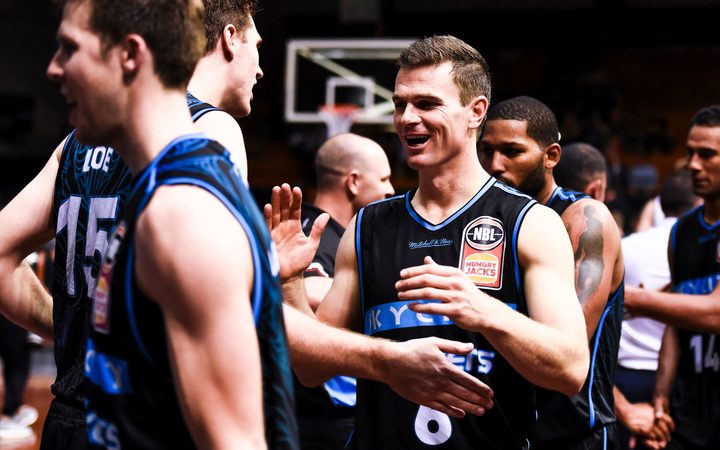 Penney has earned those numbers in two stints with the club, the first ending in 2011 with the team's maiden championship win.

His second began five years later when the 1.96m guard signed a three-year deal in April 2016.

The Breakers sit second on the NBL ladder, having hit a patchy run of form after their nine-match winning streak had been ended earlier this month by Brisbane.

The 36ers edged the New Zealanders 95-92 four days ago in Adelaide, and Penney was excited about what they'd bring tonight.

"Adelaide will be up and down, they have long defenders and always try and disrupt us and switch defences - very different to what a Sydney or a Brisbane might give you," Penney said.

"They are good - last year, they won the regular season and, this year, they have pretty much the same roster with a couple of import changes and are coming off a good win against us.

"They are a formidable team and definitely the fastest-paced team in the league. They just want to outscore and out-gun you, and are a fun team to play against."

Penney said the Breakers were still tight as a team, despite some inconsistent results in recent weeks.

"I do like a nine-game winning streak, but one thing that is great about playing basketball is when you have that loss, you have to figure out how to move the pieces and get a win next time out," he said.

"With us playing Adelaide over there last week and now playing them at home on Friday night, we get the chance to make some changes and get a win."