Two New Zealand ice hockey representatives are the first among 100 athletes who are likely to be suspended from their respective sports for buying banned performance enhancing drugs on line. 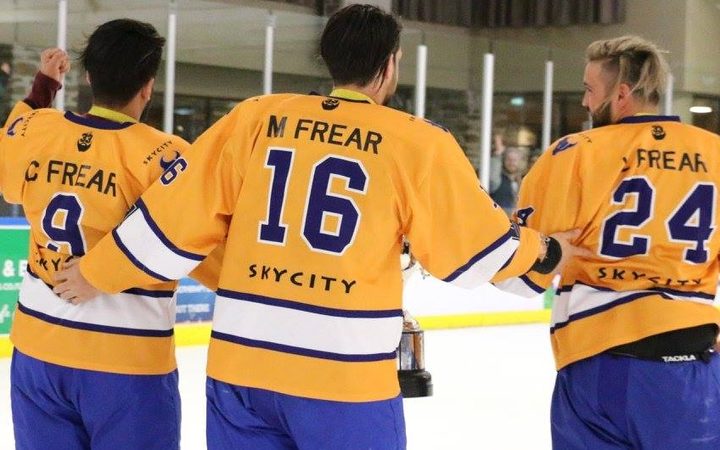 The Frear brothers playing for the Queenstown Stampede. From L to R, Cameron, Mitchell and Lachlan Frear. Photo: Supplied

Drug Free Sport New Zealand has identified about 100 athletes who used the site and are now prosecuting them.

Brothers Mitchell and Lachlan Frear have appeared before the New Zealand sports truibunal and have been suspended for two years for purchasing the banned substance clenbuterol through Townshend's website.

The pair purchased the product for its advertised "fat burning" properties but claim they never used it.

The tribunal ruling said neither athlete exercised any caution in purchasing the product given the obligations under the codes their sport operates by.

It said Mitchell who had played for New Zealand since 2008 was an experienced athlete but had not sought advice from Drug Free Sport about the drug.

The tribunal said all athletes must be aware of the obligations they are required to meet and purchasing a substance online without any consideration of the risks was in breach of those standards.

The Tribunal was concerned about the time which elapsed between the matter initially coming to the attention of DFSNZ in 2015 and the subsequent lengthy investigation process before proceedings were filed against Frear in September 2017.

"This will serve as a sharp lesson for all of our athletes....I hope this is the only time that our sport is involved in this issue," said Birgel.

"This case underlines the importance of drug free education and that it not only refers to having no prohibited substances in the body, but also that a simple online order of such a substance is sufficient to be charged and in this instance be suspended from the sport."

Birgel said New Zealand Ice Hockey will increase its drug education at all levels of the sport and both Michell and Lachlan Frear have agreed be part of that education process.