England's hopes of upsetting the Kangaroos in Saturday's Rugby League World Cup final have been dealt a huge blow after skipper Sean O'Loughlin ruled himself out with a quadricep injury. 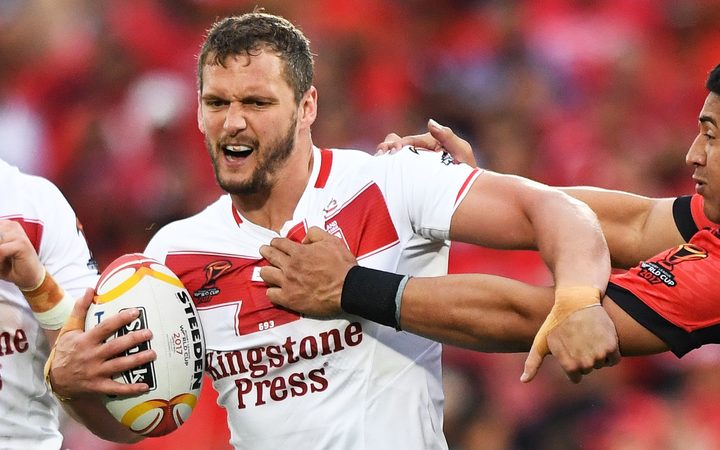 Sam Burgess takes over as skipper in a middle-forward role at Suncorp Stadium, with Ben Currie starting on the edge and utility Jonny Lomax added to the bench.

Burgess, who led England in last year's Four Nations tournament, said it was bittersweet to be handed the reins in the circumstances but declared his team had "an unbelievable opportunity to do something special".

"It's unfortunate for Sean. He's been a huge part of our success this campaign (and) over the last 12 months as well," Burgess said on Friday.

"Obviously it's a huge loss, I'm really disappointed for Sean and Josh. Not many people are talking about Josh as well.

"What he's brought to the England side over the past 3-4 years has been fantastic. We'll lose two senior boys, great players."

Burgess said he enjoyed the responsibility of leading his country.

"It's a job I don't take lightly. I love being in this position. I don't think it gets much better than World Cup final as well. It'll be a special moment," he said.

"Sean's been the captain the whole tournament and to take the captaincy in this situation can be bittersweet but when the time comes tomorrow, all those feelings will be gone."

The international tournament is Burgess' third in four years, including his mixed stint for England in the 2015 Rugby Union World Cup.

He was also part of the 2013 Rugby League World Cup, when England were knocked out in the semi-finals stage by New Zealand.

"We got out of the group stages (this time), which does help. The 2013 World Cup was pretty tough losing in the semis. We've come a step further this time. I think we deserve to be here," he said.

"Now we're here, we've got an unbelievable opportunity as a group to do something special.

"What we've already created is fantastic but we're still one job off doing what we came here to do."