Cameron Smith has identified back-to-back NRL premierships as his next challenge after claiming a second Golden Boot award. 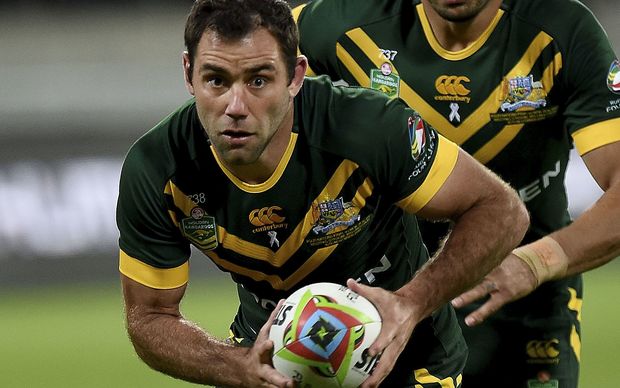 In arguably the greatest individual season in league history, Smith's feats included an NRL premiership, the Dally M medal, State of Origin glory, a World Cup final with the Kangaroos and the record for the most NRL games.

"It's hard to say if it's my greatest year but it'd have to be close," he said.

"You could probably have 2-3 that are standouts but I'd have to say 2017 would be pretty close to being my best or most consistent season."

But just moments after lifting the award, Smith identified his next mountain.

Not since Brisbane in 1992-93 has a club won consecutive trophies and he recalled how the feat had already eluded him across his three grand final wins in 2007, 2009 and 2012.

"It'd be nice to go back-to-back next year. That's something I don't think any team's achieved in the NRL era," Smith said.

"I think that would be a pretty special thing to do because there's been a few sides there in the grand final after they've won a premiership.

"I was involved in a couple of those teams and we couldn't get the job done. It's a really hard thing to do. That would be a special achievement, be part of a side that could go back-to-back."

Smith admitted the task would be tougher with youngster Brodie Croft likely to fill the boots of departing halfback Cooper Cronk who's signed with the Sydney Roosters.

"Particularly without Cooper, given his experience. He's a 300-gamer," he said.

Smith even hinted at playing beyond his current contract at the end of next season, refusing to rule out a run at breaking the 400-game barrier.

"It's achievable, there's no doubt. It's within reach, isn't it? But I think the important thing is that I don't try and change what's worked for me in the past," he said.