Former All Black first-five Dan Carter will leave French Top 14 club Racing 92 at the end of the season to join Japanese side Kobelco Steelers. 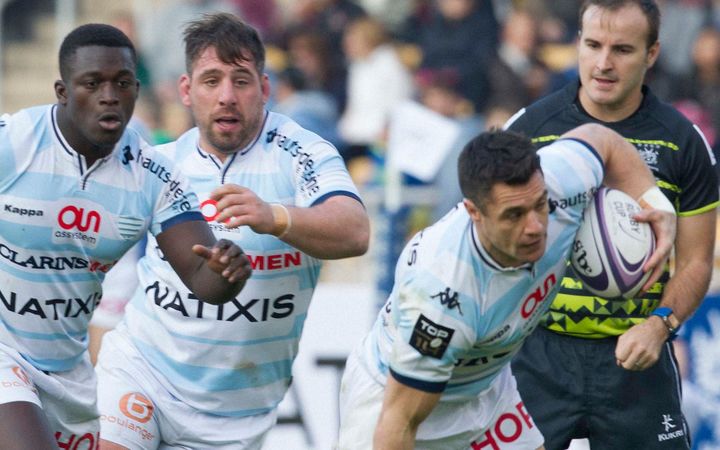 Dan Carter on the break for Racing 92. Photo: Photosport

"I did not think the club would want to keep me (at the end of his three-year contract) but after discussions with (club president) Jacky Lorenzetti and the coaches, I realised they wanted to keep me so it made my choice complicated," he told French newspaper L'Equipe.

"It is time for me to get closer to New Zealand. From over there I'll only have to take a plane to go home and the rugby seasons are shorter," said the 35-year- old, who inspired the All Blacks to back-to-back world titles in 2011 and 2015.

After a first spell in the French Top 14 at Perpignan in 2008-09, winning the championship title, he returned to France in 2015 with Racing, winning the national title again in 2016.

He was cleared of wrongdoing last year after corticoids were found in his urine sample after the final of the 2016 Top 14.