West Indies staged a spirited fightback against England after being skittled for 123 as batsmen suffered a torrid opening day of the series-deciding third test at Lord's on Thursday. 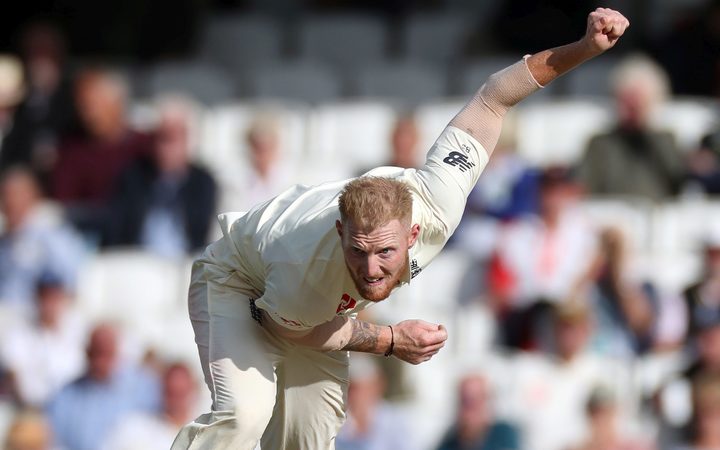 All rounder Ben Stokes stole team mate James Anderson's thunder by taking a career-best six for 22 in a devastating spell of swing bowling either side of tea as West Indies lost their last eight wickets for 45 runs.

England found the conditions just as treacherous though and when play ended they had slumped to 46-4 in reply with West Indies skipper Jason Holder and Kemar Roach taking two wickets apiece to leave England trailing by 77 runs.

West Indies won the toss and elected to bat under grey skies and it was Anderson who took two early wickets to take his career test haul to 499 -- one shy of becoming only the sixth bowler to reach the 500 milestone in test cricket.

Shai Hope, a double centurion in the second test won by West Indies at Headingley, shared a 56-run partnership with Kieran Powell, but once Hope went for 29 and Stokes took a brilliant caught-and-bowled to remove Powell the visitors crumbled.

West Indies' chances of an unlikely first test series win in England for 29 years looked to have faded in the London gloom that meant the Lord's floodlights were on for most of the day.

But they struck back superbly with Roach removing opening duo Mark Stoneman and Alastair Cook for one and 10 respectively before Holder snared Tom Westley lbw for eight before grabbing the key wicket of England skipper Joe Root for one.