In a remarkable turnaround, the 32-year-old Marshall is expected to start as Broncos halfback in the finals barely 12 months after contemplating retirement.

Wayne Bennett is tipped to turn to the rejuvenated Marshall to step up at No.7 after Boyd sparked a backline reshuffle when he succumbed to a hamstring injury. 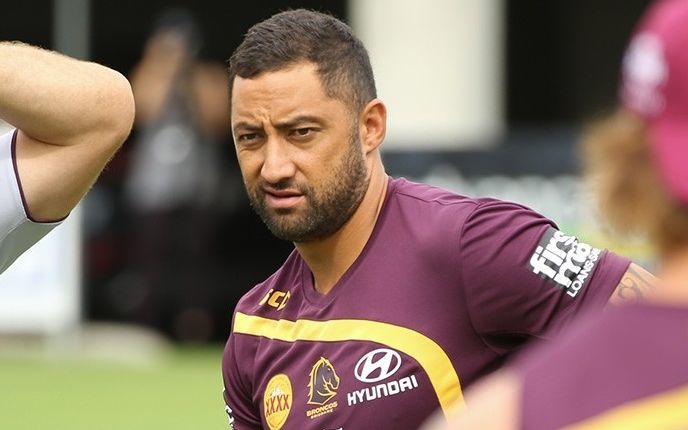 Benji Marshall to the rescue for the Broncos. Photo: Supplied: Brisbane Broncos

Brisbane had held onto hope that Boyd would be given until the last minute to overcome the injury suffered in their last-round win over North Queensland.

However, Boyd has ended any speculation ruling himself out.

"I'm not playing. Hammies, you can't rush them,"

Incumbent halfback Kodi Nikorima is expected to replace Boyd at fullback with veteran Marshall slotting into the halves with pivot Anthony Milford.

"It's what we did in the Cowboys game (last round) in the second half and it worked really well," Boyd said of Marshall in the halves.

"He's played plenty of finals football before. He knows how to get the job done."

Marshall may now be Brisbane's main man but about a year ago the former Wests Tigers captain wasn't so popular.

The ex-New Zealand skipper contemplated walking away from the game last year after being left without a club following 14 seasons in the top grade.

A phone call to Bennett for advice turned into a bargain basement one-year Broncos deal.

He cherished the lifeline, playing 10 games to date this year but having an even bigger impact as halves

Marshall's new-found form earned him a fairytale return to his former club Wests Tigers, recently signing a 2018 deal with the joint venture.

Marshall returned to the Broncos 17 last round after five weeks in Queensland Cup, coming off the bench in

their win over the Cowboys.