England closed in on qualification for next year's football World Cup as Marcus Rashford's goal earned them a 2-1 win over closest Group F rivals Slovakia at Wembley. 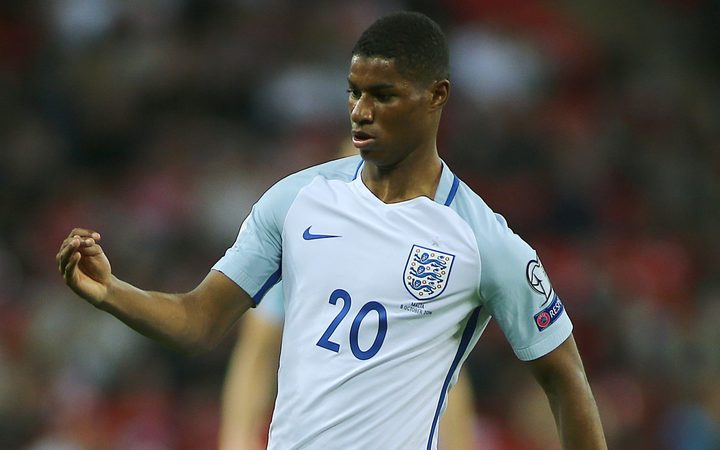 Slovakia, who began the night only two points adrift of Gareth Southgate's England, stunned their hosts in the third minute when Stanislav Lobotka punished some slack defending to prod the opener past keeper Joe Hart.

Manchester United youngster Rashford, who had been at fault for Slovakia's opener, then showed why he was selected ahead of Raheem Sterling with a 59th- minute effort, beating Martin Dubravka with a fierce drive.

Victory put England five points ahead of second-placed Slovakia with two matches remaining and means they are almost certain of at least a playoff spot.

Scotland kept alive their hopes of a first World Cup appearance since 1998 with a 2-0 win over Malta in Glasgow.

World champions Germany thrashed Norway 6-0 in their Group C match, scoring four times in the first half, to edge closer to a place at next year's showpiece in Russia.

The Germans killed off the game in a whirlwind first half, scoring three times in the opening 21 minutes, and can wrap up qualification away to second-placed Northern Ireland, who beat the Czech Republic 2-0, on October 5.

Four-time world champions Germany need one point from their remaining two fixtures - in Belfast and three days later at home to Azerbaijan -- to book their ticket to Russia.

Northern Ireland are five points behind the Germans, who have a maximum 24.

The group winners qualify directly for the finals while the eight best second-placed teams in the nine groups go into a playoff round.